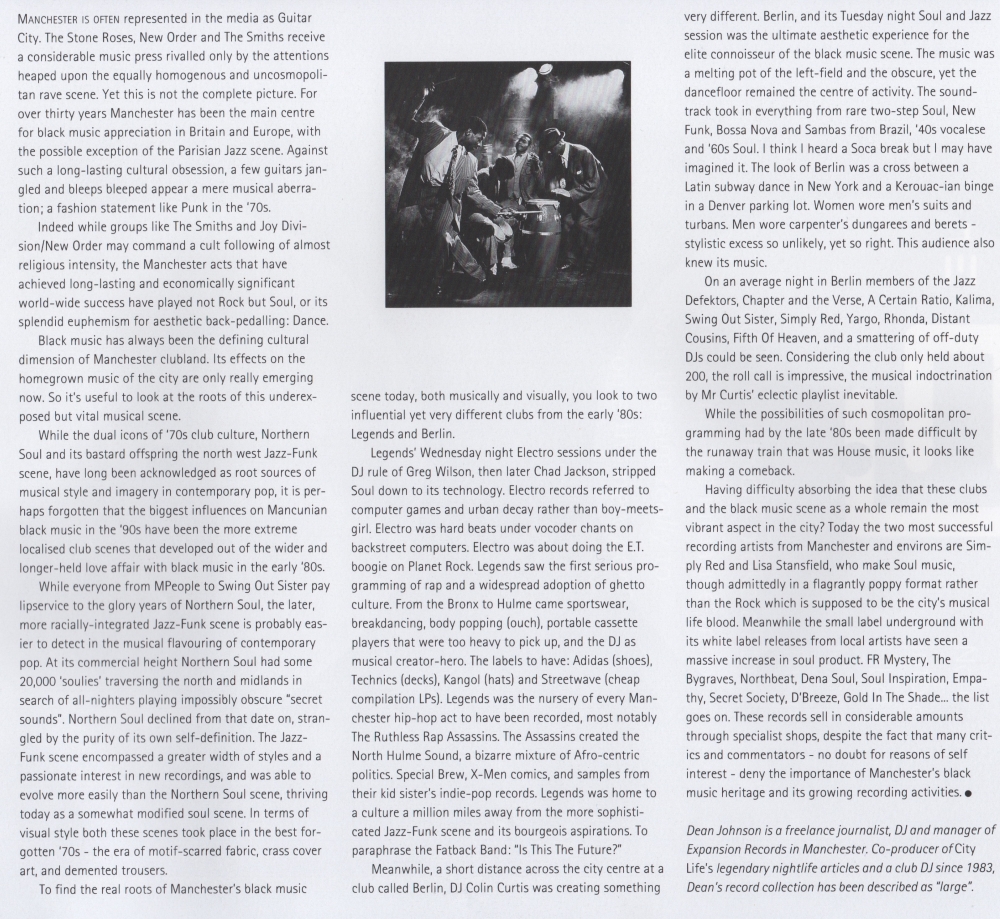 Great article written by Dean Johnson about the Black Music scene in Manchester.

Dean wrote for CIty Life magazine and is one of Manchester's great unsung DJ's, at one time he could be found playing all over town at The Gallery, The Hacienda and many others.

His nights at Parker's Hotel with Richard Searling were always packed and he also worked alongside Richard at Expansion Records shop, which was at the Victoria Station end of Corporation St.