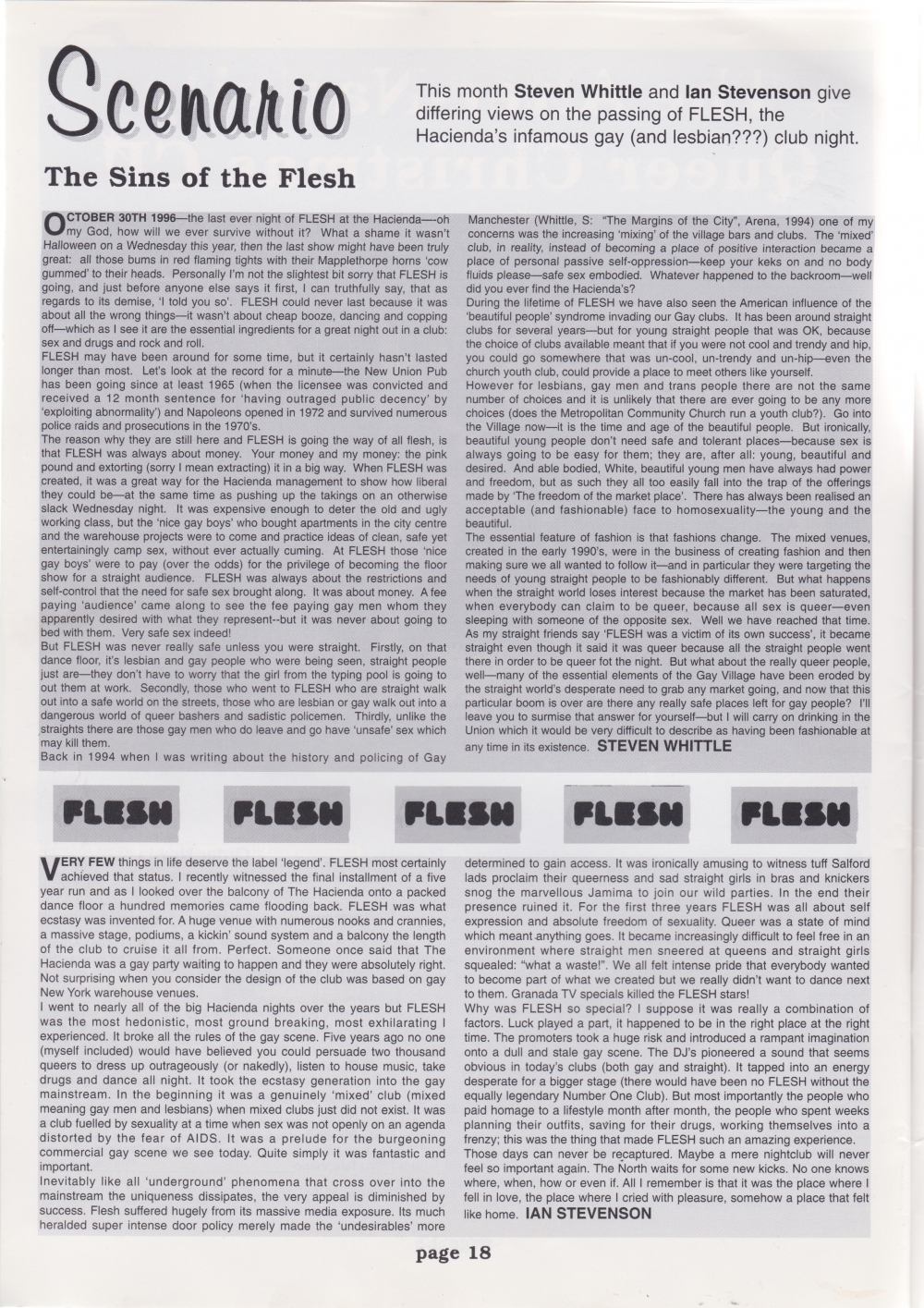 An interesting piece from The Girlfriend* magazine (1996) revealing contrasting views on the demise of FLESH - a hugely popular queer night at the Hacienda, which ran from October 1991 to October 1996.

Steven Whittle (not the trans rights campaigner) is glad to see the back of the club night:

Ian Stevenson is sad to see it go:

'Why was FLESH so special? I suppose it was really a combination of factors. Luck played a part; it happened to be in the right place at the right time. The promoters took a huge risk and introduced a rampant imagination onto a dull and stale gay scene. The DJs pioneered a sound that seems obvious in today's clubs (both gay and straight). It tapped into an energy desperate for a bigger stage (there would have been no FLESH without the equally legendary Number One Club). But most importantly the people who paid homage to a lifestyle month after month, the people who spent weeks planning their outfits, saving for their drugs, working themselves into a frenzy: this was the thing that made FLESH such an amazing experience."

*The Girlfriend was a local queer culture zine edited by Kristin Armstrong.