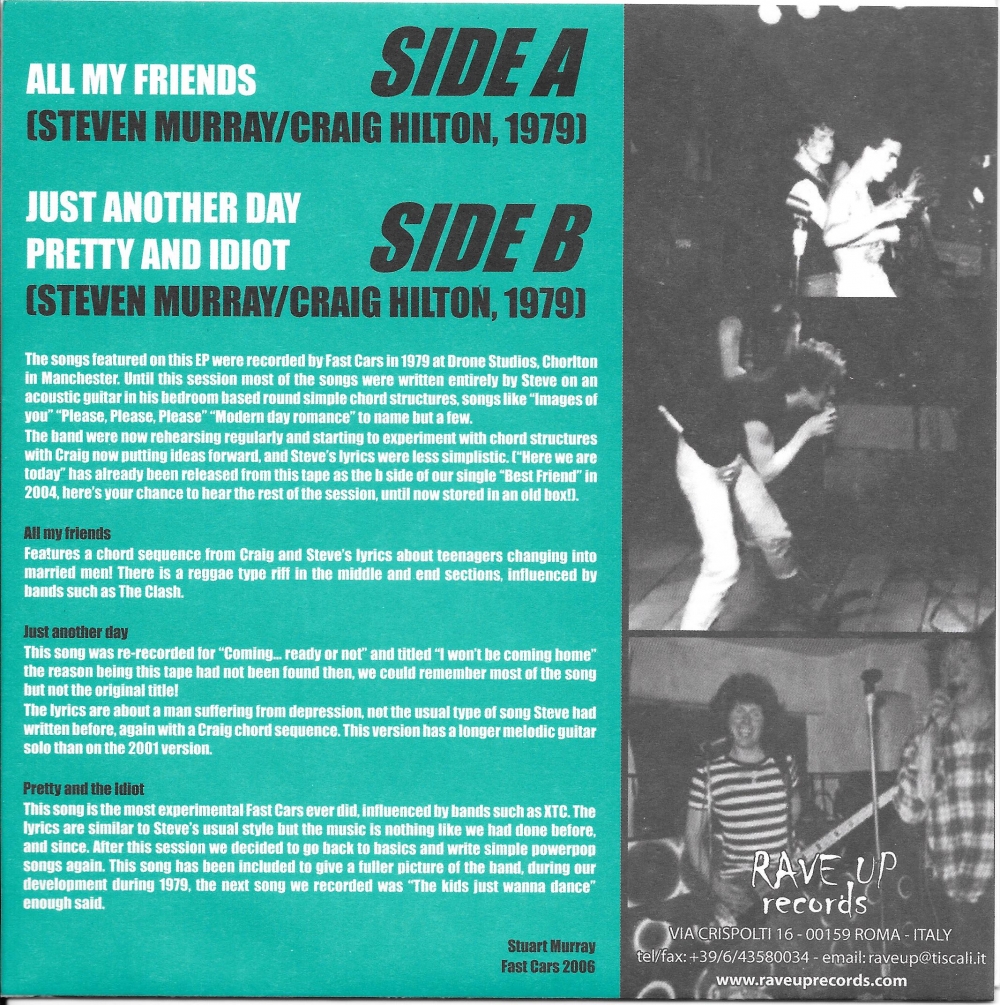 The recordings on this ep that was released in Italy in 2006 were made in Paul Roberts Drone Studio in Chorlton in 1979. We had been asked if we still had some un-released demos and this tape was found in a box!

The "studio" was the basement of Paul's house in Ellesmere Road, Chorlton. We loved working with Paul he was always enthusiastic and encouraging to us as a young band.
Artefact added : 14th April 2017
by fast cars