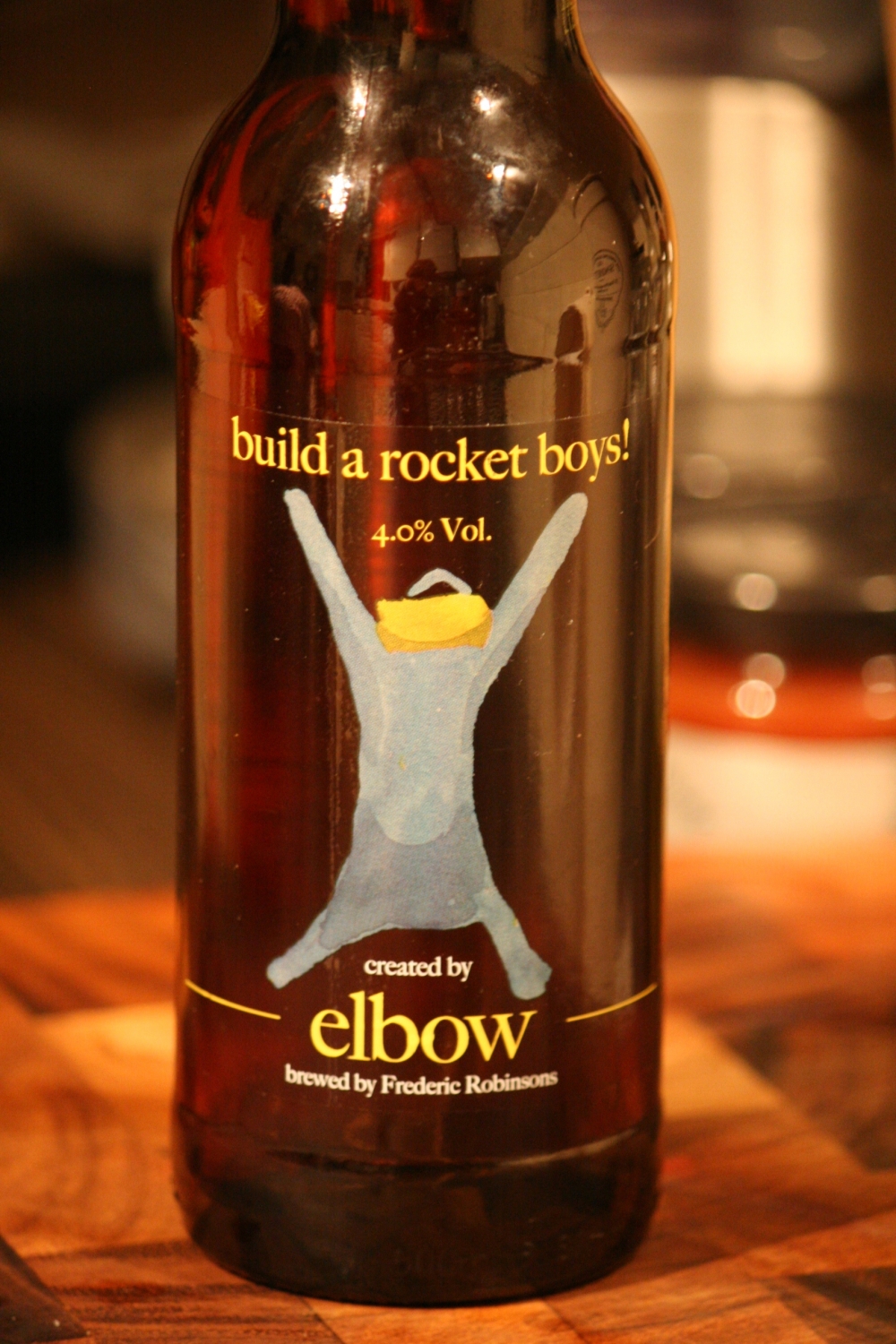 Bottle of Elbow beer, produced by Robinson's Brewery in collaboration with Guy, Pete, Craig, Mark and Jupp and named after their album 'Build A Rocket Boys!'. The beer was available on tap in a few pubs around Manchester including The Church Inn, Prestwich or you could buy bottles of it online or at a few select places. I used to get mine from Booths at MediaCity.

They later had a follow up beer called 'Charge' made by Marston's which came out around the time of their next album but I never tried it because I couldn't find anywhere that stocked bottles of it.
Artefact added : 17th April 2017
by MissEmmaGibbs