The Beep Seals
Other
Night and Day Cafe
26th March 2007 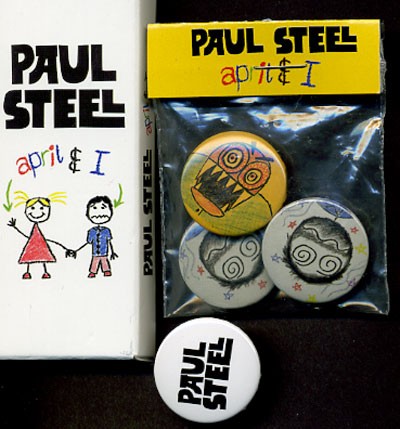 On Monday 26th March I went to a gig by someone i'd never heard of - Paul Steel (from Brighton). I'd been told he was a poppy, Brian Wilson influenced musician.
He was great - reminded me a bit of Cornelius. Lying on the tables were these boxes of crayons and badges... there was a competition to draw your best imaginary friend, which you then posted in box, the best drawing to be picked at the end of the tour.

He was supported by The Beep Seals, Wax Planet and Carlis Star.
Artefact added : 5th June 2007
by mat