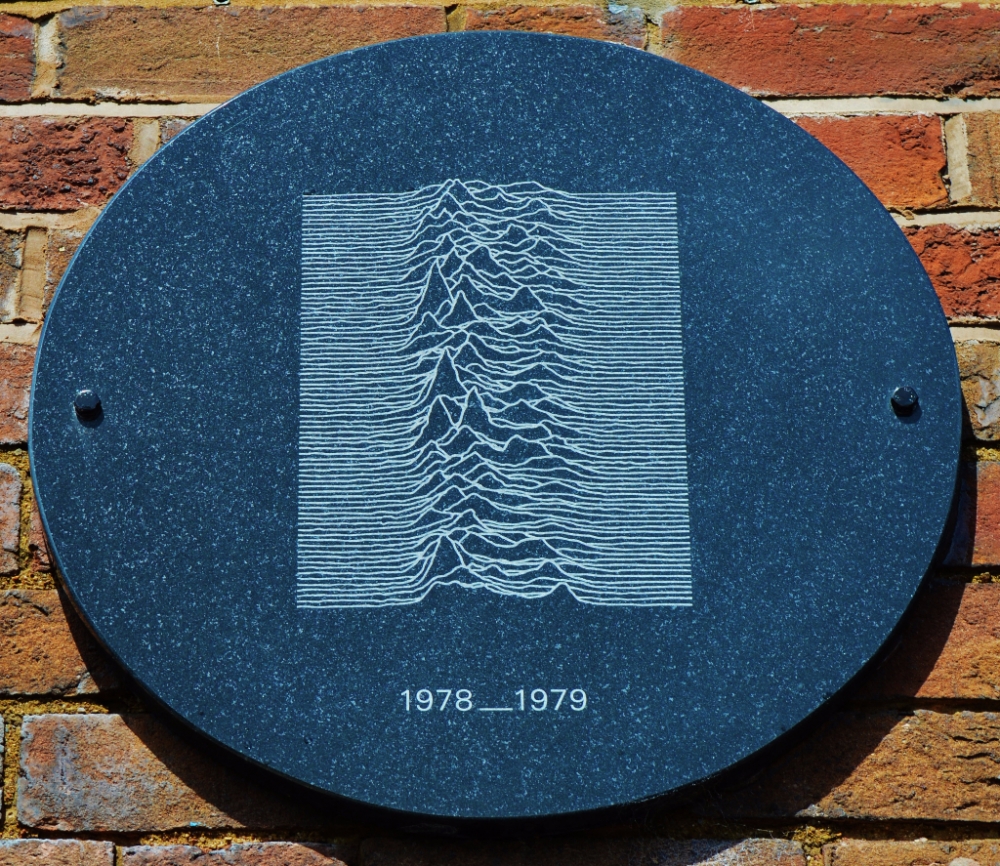 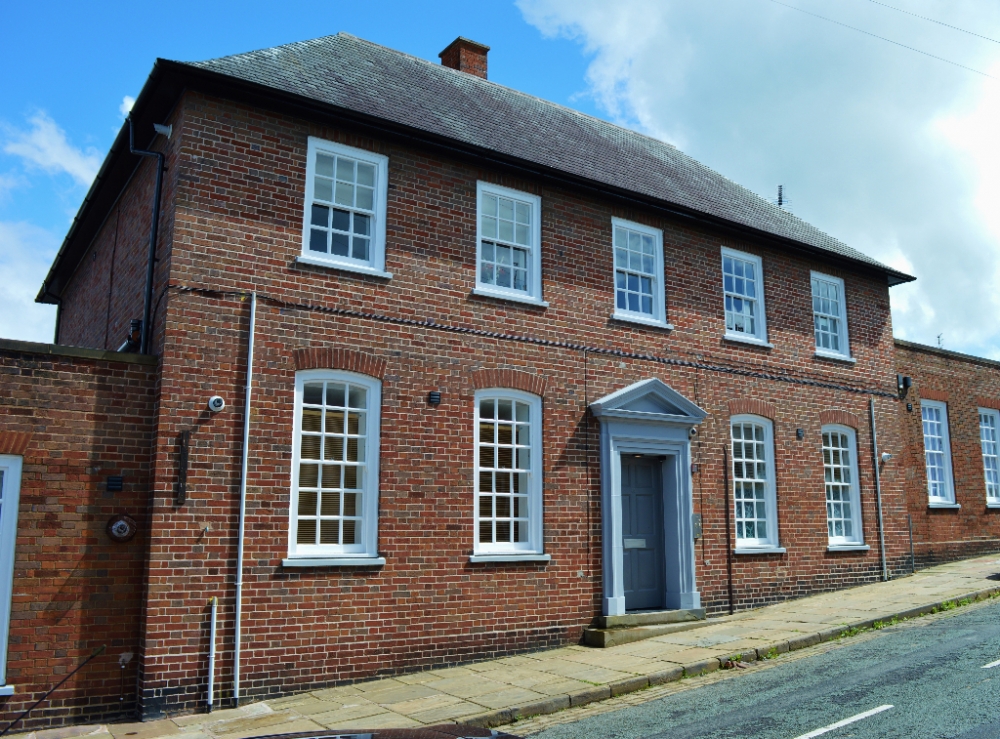 This is a Peter Saville designed plaque for Ian Curtis and Joy Division on what used to be the Labour Exchange in Macclesfield. It was unveiled by Joy Division and New Order drummer Stephen Morris in 2015 and the local newspaper account of the day read thus:

'A tribute to Joy Division singer Ian Curtis has been unveiled at a new development in Macclesfield. Stephen Morris, drummer with Joy Division and New Order, officially opened the Old Labour Exchange building on the corner of South Park Lane and Armitt Street. The building, which has been turned into 12 apartments by Peaks and Plains, was the once workplace of Joy Division’s singer Ian Curtis. And a plaque to commemorate the time Curtis worked there, designed by the creator of all of the group’s album covers Peter Saville, has now been installed at the site. Based on the cover of the Unknown Pleasures album, it is inscribed with the dates 1978-79, when Curtis worked there. Stephen said: “Myself and the rest of the band are very happy that finally there’s a monument in Macclesfield which is a celebration of his life.”
Curtis worked there as an assistant disablement resettlement officer, helping disabled people access work and benefits. The song ‘She’s Lost Control’ was about an epileptic client Curtis met while working at the site. He later went on to develop the condition himself.'
Artefact added : 8th August 2017
by IanTatlock