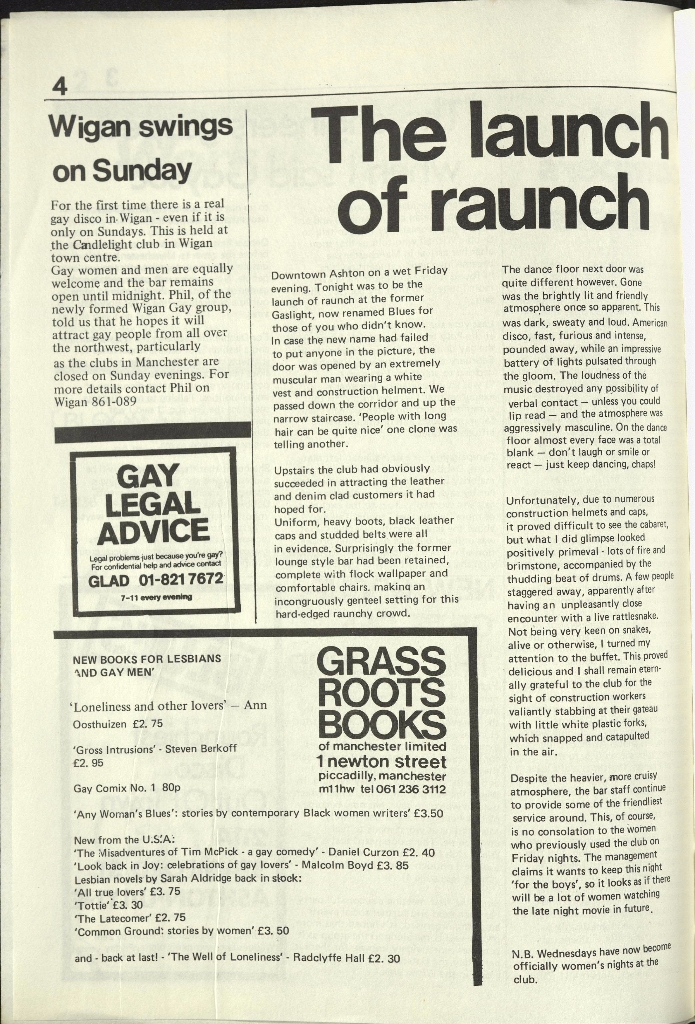 A press article in Mancunian Gay, 1981 covering the opening of BLUES in Ashton, a leather/uniform club for gay men that took over from the Gaslight, a club opened for women by Joyce Edwards in 1973. We also see an advert for Grass Roots Books - a vital hub for the political queer community Manchester, plus news of a gay night in Wigan.

Courtesy of Manchester Libraries, Information & Archives. You can make an appointment to see this The Mancunian Gay magazine collection by emailing: archiveslocalstudies@manchester.gov.uk
Artefact added : 22nd August 2017
by Abigail