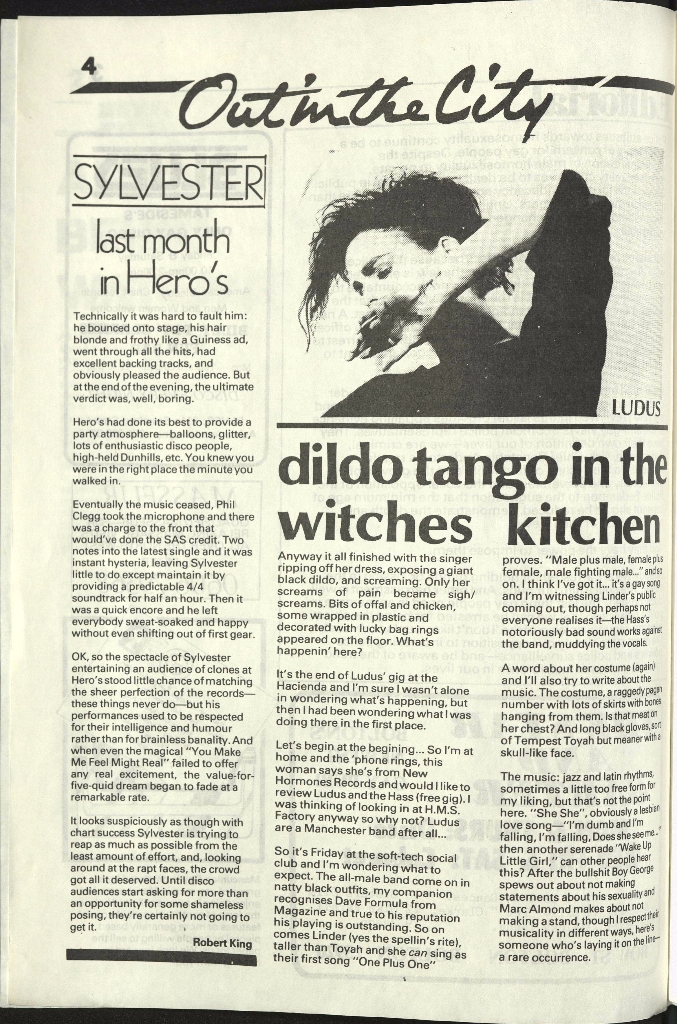 Next to this we have a review of Sylvester's PA at Hero's. The reviewer is somewhat underwhelmed.

Courtesy of Manchester Libraries, Information & Archives. You can make an appointment to see this The Mancunian Gay magazine collection by emailing: archiveslocalstudies@manchester.gov.uk
Artefact added : 22nd August 2017
by Abigail