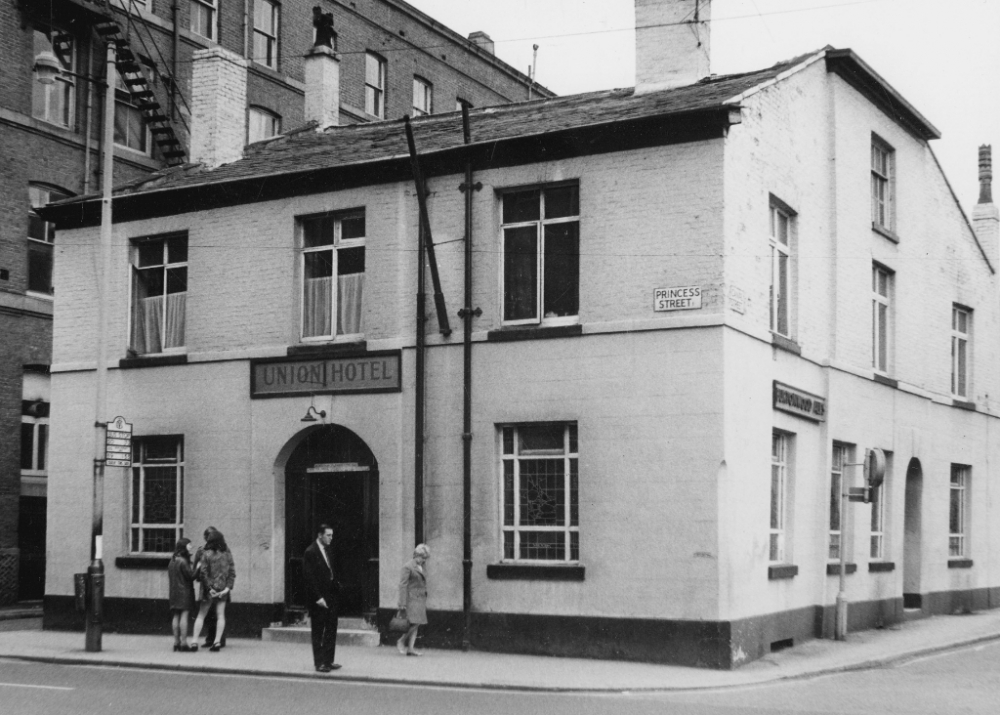 The Union Hotel was built alongside a busy stretch of the Rochdale Canal in 1865. Surrounded by industrial warehouses, the pub thrived among the many textile workers in the area.

Then in the 1950s Manchester's cotton industry collapsed. Businesses closed. The nearby streets became a place for sex workers.

At one point, the Union Hotel owner was imprisoned for running a house of ill repute.

But there was some safety in all of this for gay men. When raided by police the prostitutes would pose as their girlfriends – an unlikely alliance that spared both from the law.

Right up until the early 90s, this pub was one of the few places that accepted an alternative or 'queer' scene.

'The New Union' as it's now known, remains true to its past, and has long been a hub of the drag scene for the likes of Roxy Hart. The stained glass windows paying homage to 'The Union' (or Commonwealth Nations) remain intact.