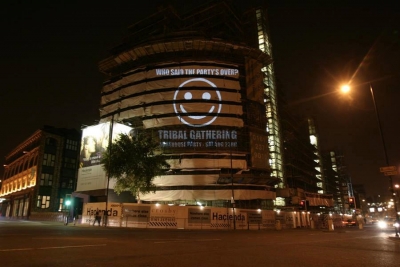 During the spring of 2003, the Sankeys Soap promotion team left the club in the early hours of the morning and projected an image onto the construction of The Haçienda apartments to promote the Tribal Gathering Warehouse party due to take place in August.

During the redevelopment; Crosby Homes were widely criticised for using the Haçienda brand name - and featuring the strapline