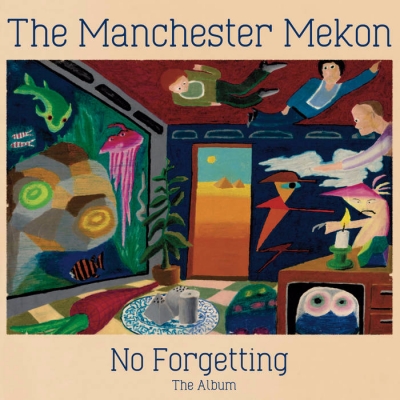 Discos Transgénero, a record label based in Germany and Spain focused on counter culture music, presents the first ever album from The Manchester Mekon.

The Manchester Mekon were a group of musicians that were active from the end of the 70's to the beginning of the 80's in Manchester. Influenced by Frank Zappa and the Mothers of Invention, Igor Stravinsky, King Crimson, Maurice Revel, Pink Floyd the Manchester Mekon aimed to integrate composed and improvised music, blending orchestral and electronic sounds with rock, both live and in the studio.

Over a period of five years (1977 - 1982) the Manchester Mekon played about fifty gigs in and around Manchester, released seven tracks on local labels and rehearsed once a week. This album covers their entire career, contains the full range of music they played and includes live recordings, studio recordings, home recordings and even rehearsals. Two tracks were previously only available on Manchester Musicians' Collective compilation albums. Some were never released, until now.

For the first time in 40 years these tracks are released on vinyl, in a full colour sleeve (using original artwork from the time), with a 16-page booklet ( also in colour ) with photographs, artwork, introduction to the band and a piece by Jon Dale about The Manchester Mekon and their times.