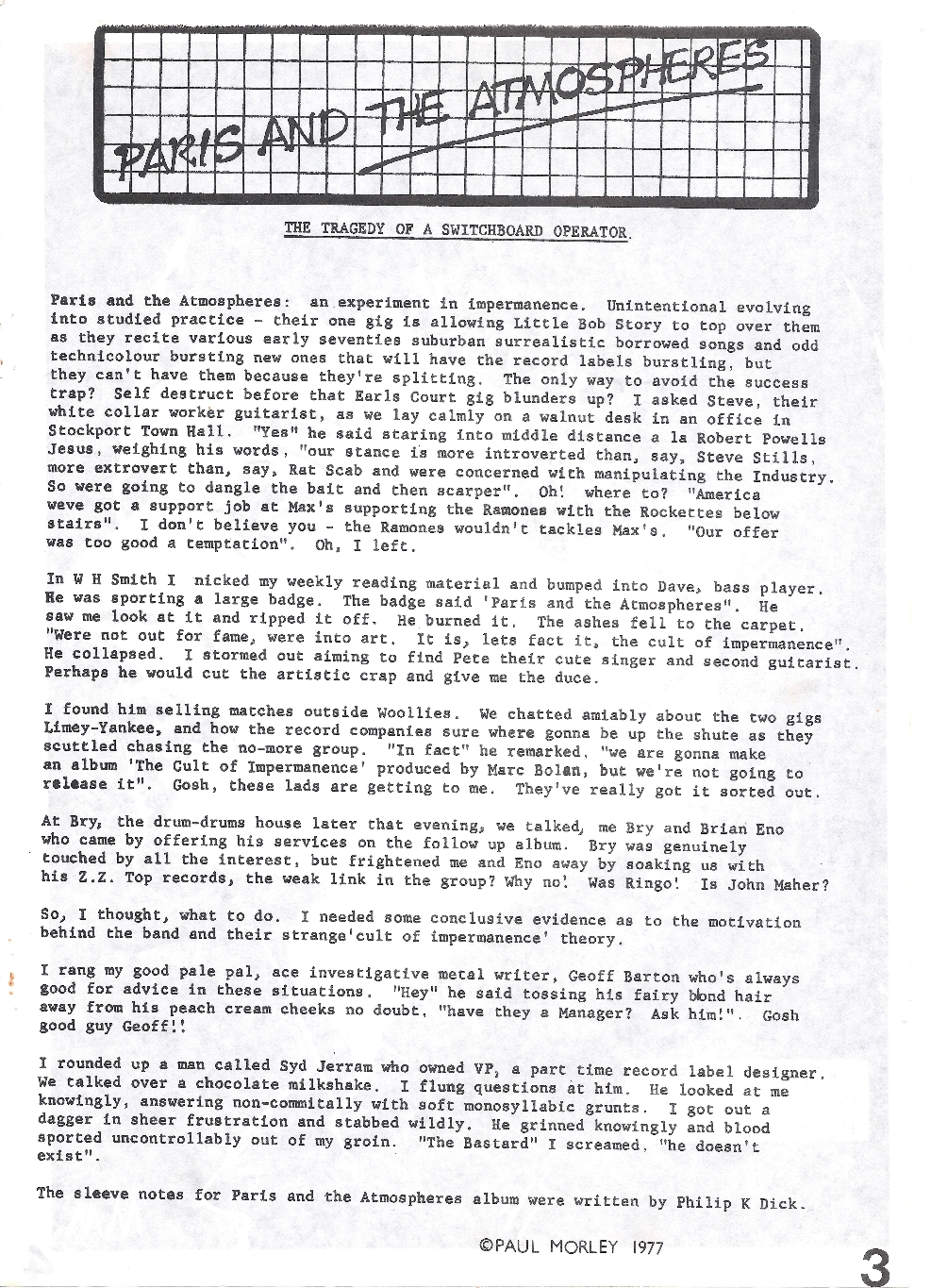 An article on Paris and the Atmospheres submitted to Ghast Up fanzine by Paul Morley in 1977. At the time I didn't use it because I had not heard of the band and assumed it was an abstract appreciation of Buzzcocks referring to Steve the guitarist and 'Pete their cute singer and second guitarist." as well as suggesting the drummer, 'is John Maher.

The article was later used in the 1985 fanzine Acrylic Daze by which time I had established that Paris and the Atmospheres had actually existed.
Artefact added : 22nd September 2017
by Martin Ryan

Martin Ryan Says –
Thanks Abs. Been checking my fanzine collection to see which Manchester acts were featured.
If you'd like to leave a comment, please Login. Login
Manchester Digital Music Archive is licensed under an
Attribution-NonCommercial-ShareAlike 4.0 International License.
Charity no. 1164179
Our archive currently contains 3870 Bands, 758 DJs, 1461 Venues, 323 Industry Professionals and 29722 artefacts contributed by 4048 members.