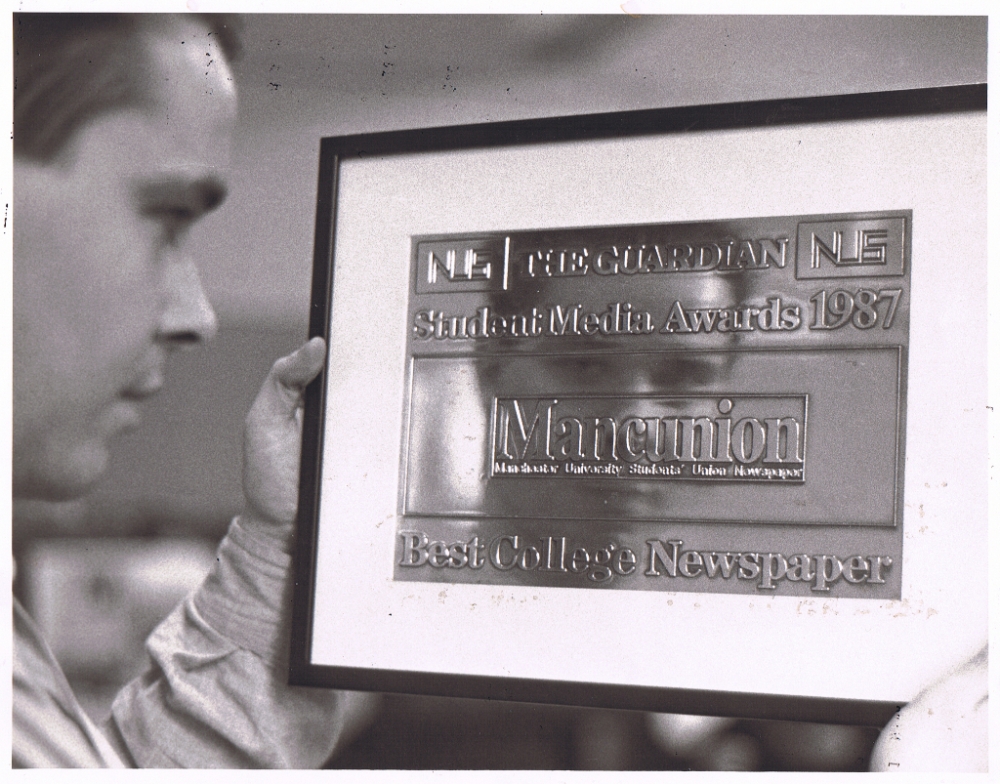 As it does today, the Greater Manchester area hosts a huge student community as well as a thriving arts scene. As a result, The Mancunion was considered fairly influential, and getting press passes for gigs, events, opening nights, etc., (purely for review purposes, of course) wasn't much of a problem.

The many late nights spent producing each issue of The Mancunion surviving on nothing but takeaways from Abdul's was, at times, a tough labour of love for a core group of wannabe hacks. Getting the paper out to a high standard was reward in itself, but the icing on the cake was winning the NUS/Guardian Student Media Award for Best College Newspaper in 1987. Then editor Alan Brown (pictured) went on to an illustrious career in broadcasting. PHOTO: CRAIG SMITH
Artefact added : 27th November 2017
by Rahiel Nasir (Naz)