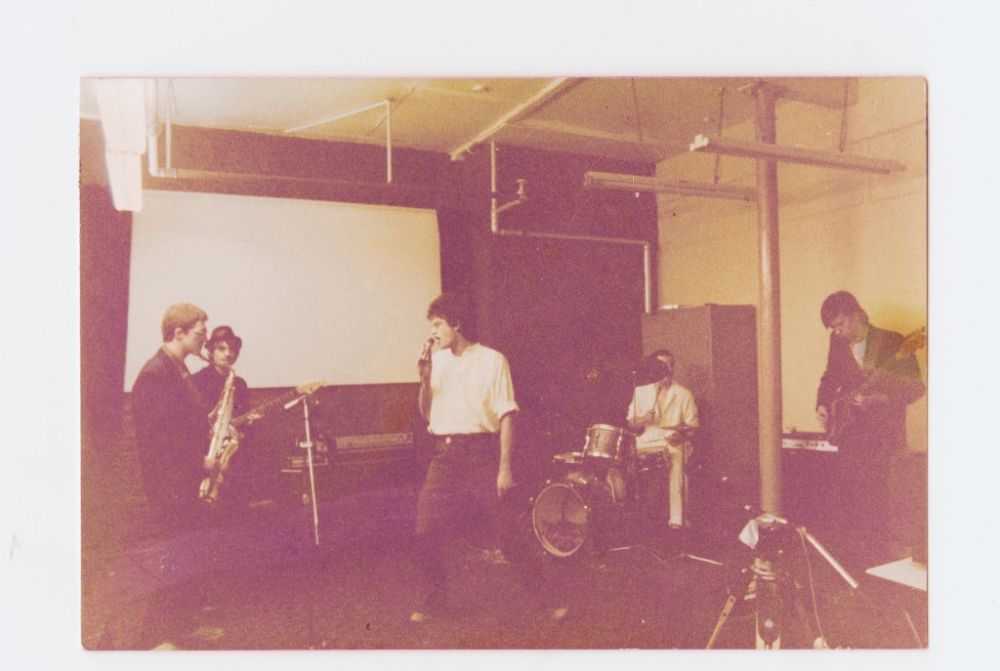 Biting Tongues at The Manchester Film & Video Workshop.
Located on James Liegh Street near the Salisbury Pub & Oxford Rd Station. We made a couple of videos there, when video was fairly new ,This one was called 'Dark Room Skin Transfers' I m not sure what happened to it .It was a facility that allowed for independent film makers to operate outside of the BBC & Granada .More info here.http://www.johncrumpton.co.uk/page24.htm
Artefact added : 28th December 2017
by graham