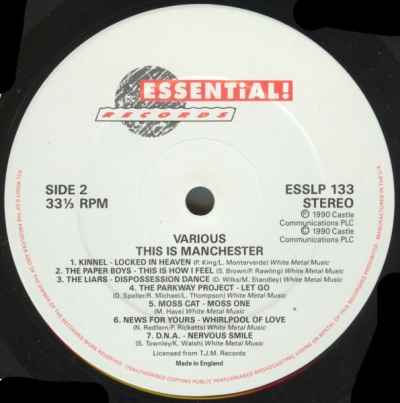 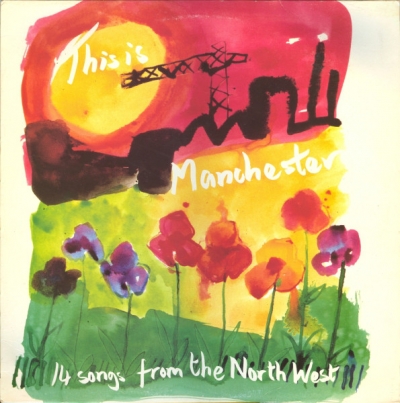 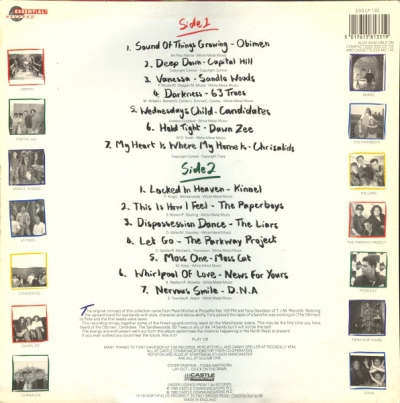 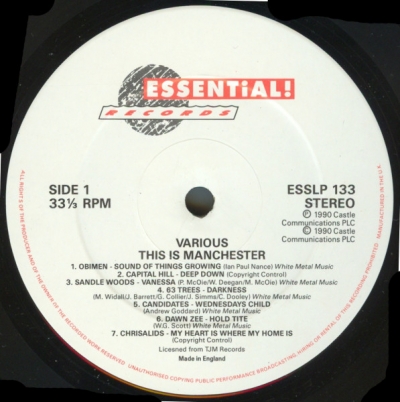 Lee Monteverde was one of the engineers at Mike Harding's -
Moonraker Studios in Longsight. The studio was located very near to the church which was used for Top of The POPS. (although it was a carpet warehouse in the early 90s)

Lee Monteverde and Peter King were AKA Kinnel, and appeared on the album in 1990 called "This is Manchester..." with help from Pete Mitchell.
Artefact added : 25th January 2018
by Lee Evans

dave r Says –
I have that record on tape...
If you'd like to leave a comment, please Login. Login
Manchester Digital Music Archive is licensed under an
Attribution-NonCommercial-ShareAlike 4.0 International License.
Charity no. 1164179
Our archive currently contains 3714 Bands, 737 DJs, 1367 Venues, 252 Industry Professionals and 26432 artefacts contributed by 3773 members.