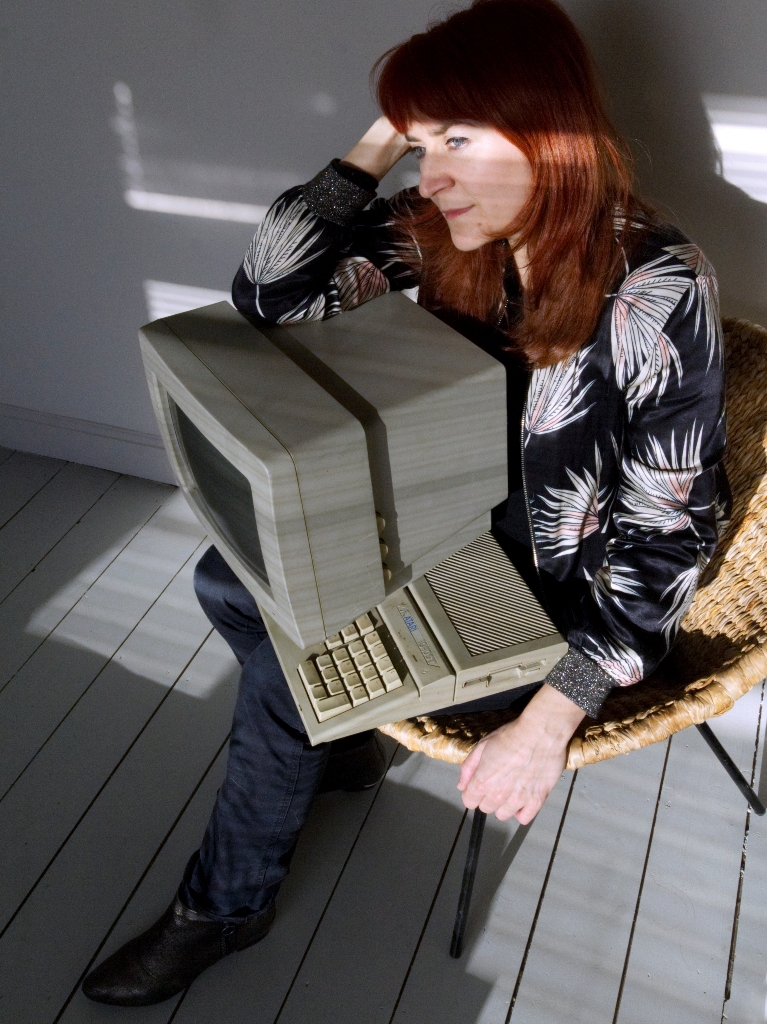 She has recently been nominated to appear in a new exhibition by the Heritage Lottery-funded Manchester Digital Music Archive project Rebel Music, which celebrates women and members of the LGBT+ community and their musical achievements.

More recent projects have seen her develop the ‘Sensory Soundpit’ with Di Mainstone, Howard Jacobs and a team of coders for the European City of Science 2016 and Bradford Science and Media Musuem’s SuperSenses exhibition 2017 to rave reviews, the
head of the Arts Council England called the installation ‘Outstanding’.

She has also contributed sound design and original music alongside Henrietta Smith Rolla to the sell out play “Fallout” performed at the Anthony Burgess Centre in Nov 2016.

The piece was performed live with Howard Jacobs as The Architects Of Rosslyn with accompanying films by Di Mainstone at Home Cinema in Manchester, Leeds College of Music, Festival No 6 2016 and at Band On The Wall and Blue Dot Festival in 2017.

She was also a founder member of The Sisters Of Transistors with Graham Massey from 808 State. They toured the UK for 5 years and recorded an album, released in 2009 on Simian Mobile Disco’s label ‘This is Music’.

From 2001-2004 Mandy formed the electronic music duo Danger Diabolik with Sibylle Veyre. They secured a development deal with Sony Records, and performed in Manchester & London. Their music was played in clubs in London, Paris and New York.

In 2001 Mandy recorded with Homo Electric DJs Kath McDermott & Philippa Jarman and Adam Piper under the name Phoney. They released tracks on the London label Nuphonic.

She has toured America, England and Europe as the keyboard player with the band Lionrock, also writing and recording material for the second album ‘City Delirious” which included the No 19 hit ‘Rude Boy Rock’ and led to a Top Of The Pops appearance.

Mandy also worked as a tape operator and assistant engineer, and later as studio manager at the seminal ‘Out of The Blue Studio’ on projects including Inspiral Carpets “Life” album, James “Gold Mother” and early Oasis and Verve demos.

She has released albums and singles, toured with bands, created music and sound design for various multi-media projects including New Found Theatre, Screen Play Education, Instant Dissidence Dance Company, Woodwork Music, and the Manchester International Festival on Damon Albarn’s ‘Monkey Journey To The West’. She is a guest contributor to Stuart Maconie’s Freakier Zone on BBC 6 music and her music has been broadcast on films, BBC TV, and 6 music.

Mandy also worked part-time at Gorse Hill Studios in Manchester for 12 years supporting, teaching, and mentoring young music producers and musicians. She is a fully trained arts award advisor and in addition to this she also manages music projects and live events for young people.
Artefact added : 13th February 2018
by mdma_volunteers