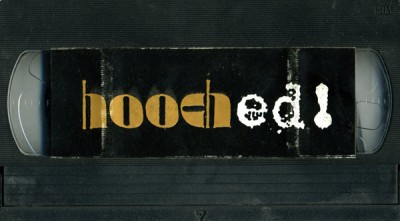 contents of tape now on dvd.

nb. Hooched! was the creative division of Hoochie Coochie.
Hooch clothing appeared and name inspired by hooched! in 94.

then along comes hooch the alcho-pop!
we could only sit back and watch as Hooch clothing sues Hooch drink...and wins!

a good relationship was struck with Hooch clothes and Hoochie Coochie with a number of 40 degrees fashion hooched! fashion London sessions and also sposorship of our doodlebug presents... at the Big Chill festival in 2003.