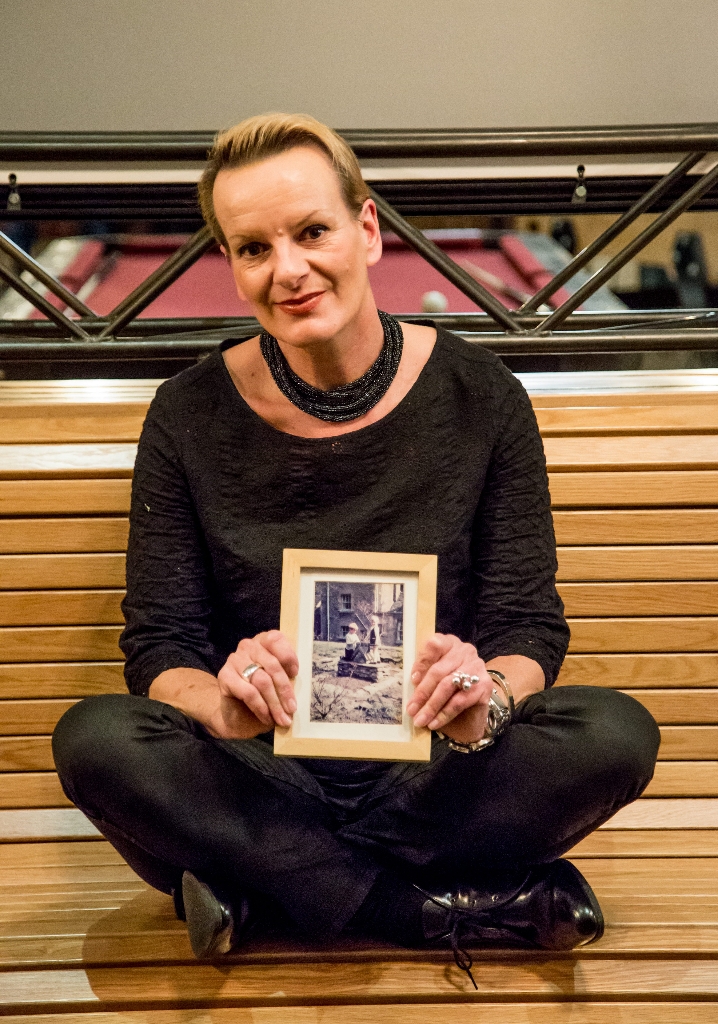 I started by working part time behind the bar at this newly opened venue. I lived nearby in Hulme; my bedroom window overlooked the Mancunian Way, and I'd been to The Boardwalk before it opened as I sang in a band who'd rehearsed on the old stage there a couple of times. I was then rehearsing in the basement rehearsal studios and pulling pints in the evenings. If the rest of the band were late (if!!) I'd sit in the office with Maria, who worked for Don and Colin Sinclair originally. When she decided to leave, I was the obvious choice for her replacement, and all thoughts of applying to study advertising at Manchester Poly were pushed aside: I was offered the job and that was the start of it.

I'd be managing the gig nights at night, or spending the days booking bands, sending out the monthly listings (I used to do the leaflet artwork by hand!), jibbing around town to our ticket / leaflet outlets, and liaising with agents. Then - as the Manchester scene began to hot up a little towards the end of the decade, I'd also deal with the A&R reps who'd call me to ask of any 'decent or hopefuls' we had coming through on our local band nights. There was a BIG box of cassette demos.

The local band nights worked as a three-band billing, with all three asked to sell tickets. The band would then bring their takings to us, and they'd get to keep half of what they'd taken (after VAT) so it wasn't a pay-to-play arrangement (I fought against doing that quite vehemently), and the bands could actually take home a few quid from the proceeds instead of lobbing out for the privilege. They'd get the services of a sound engineer, a mostly decent PA and a proper stage to play on rather than the back room of a pub. I remember Northside's first gig; they sold the whole venue out - it was packed!

I was delighted when The Paris Angels opted to 'thank' us for our early support by playing two nights at The Boardwalk instead of accepting the offer they had of a gig at the (bigger capacity) International; this was when their (gorgeous) single 'Perfume' was at the top of the indie charts. That was a nice feeling.

Colin also managed bands. When I first joined the company as a full-timer at the very start of 1987 he was managing Wigan band The Railway Children, who were signed to Factory Records. I remember my Mum being really worried that I was driving a big car down to London at the age of 22 - my Dad pointed out that he'd been in charge of a fully crewed Lancaster at that age.

Later we also managed A Certain Ratio, Puressence and NewWaveOfNewWave representatives Blessed Ethel. I tour-managed all of these in between times when I'd work the venue / rehearsal rooms / the office etc, and spent much time on the road in the UK and once or twice in Europe too.

The rehearsal rooms were nearly always full, with bands covering a wide range of genres: Happy Mondays, James, ACR, The Fall, The Dooleys (!), Simply Red, The Inca Babies, ToT, The Jazz Defektors, Kalima, King of the Slums, The Bodines, Laugh, The Inspiral Carpets, Nico (her request to the 21 year old me if she could "borrow the telephon" in her amazing voice stays with me!) and Oasis. The wonderful thing about that time was that everyone got on, helped each other out, played pool together, went to each others gigs and collaborated on each other's recordings. I will have forgotten hundreds of bands in that list.

We also set up a little record label at The Boardwalk, called Too Damn Loud (I recall that the name was my idea but might be making that up) and I spent considerable time up and down from Orpington to meetings at Pinnacle Records, our distributor.

Meanwhile, The Boardwalk had by now become two storeys high and doubled in capacity, working weekends as a club venue as well as being a great spot for live music. When we cut out the ceiling to create a balcony upstairs, we relaunched the whole venue: I remember we invited agents and promoters to come to a big opening party, preceded by a guided tour of the new backstage facilities, the new PA and lights rig, the mixing desk and options for onstage monitors etc. I was still up a ladder painting the ironwork when the guests started arriving.

Simon Moran had started using the venue in the earliest of his days as a promoter, and as his business really took off he continued to book acts in. We had some great one-off events there too, such as the wedding reception for Chas and Shirley Banks (Chas was The Pixies' tour manager, so Frank Black and the Catholics played a set.) Plus there were sponsored events like the Irn Bru rock week, which was filmed for Channel 4. I remember Suede, and also Therapy played one night, with Hole as the support act. Later that night I was in the office when Courtney Love wanted to use the phone for a collect-call; it was quite noisy in the office, with people coming and going so she curled up on the floor at my feet, underneath my desk, to be out of the way while she chatted with Kurt. I spent a lovely night chatting with Richie from the Manic Street Preachers when they all wanted to go out after their gig, but he was a bit shy of the attention.

Other people always remember their highlight Boardwalk gigs better than I do. Mine are usually remembered for the wrong reasons - like having to miss half of a brilliant set because I didn't want to take someone off the bar to unblock the gents' urinal. Although I wouldn't have done that anyway; I never asked a member of my staff to do something that I wouldn't do myself.

Or when Spiritualized supported Mercury Rev (their first tour since the demise of Spacemen 3) and everyone at the front was sitting on the floor for their set. I went round 'Pot Collecting' and purposefully toeing punters in the legs: "Oh I'm so sorry - did I just kick you there?" because I felt they should stand up for a band that I was so excited to see for the first time.

Other colleagues came and went (or stayed!) - notably Lynn, Michael, Chris, and a tiny young girl whose name I have unforgivingly forgotten. A whole host of support staff made the place tick along; the Sound Engineers and Lighting Techs, the barstaff, the club night DJs and external promoters, the security staff: the legend that was Cass! The Walsh Family!

At the height of our busiest club nights, I'd be working front of house with the guest list. Cue big-shot blagger guy strolling to the front because was on the guest list. "Oh hi, your name? *smiles* Sorry no you're not on the list." The fun we had when the reply came from these types; "don't piss me about, love, I'm dead good mates with Sue - I spoke to her this afternoon and she PROMISED we'd get in no problem."

For ten years my name really was Sue Boardwalk. And to some people it still is, over 20 years since I finished working there. It was ten years of bloody hard work, bloody long days / nights / weeks, bloody good fun and some bloody fantastic people. If only I could remember more of what actually happened.
Artefact added : 13th February 2018
by mdma_volunteers