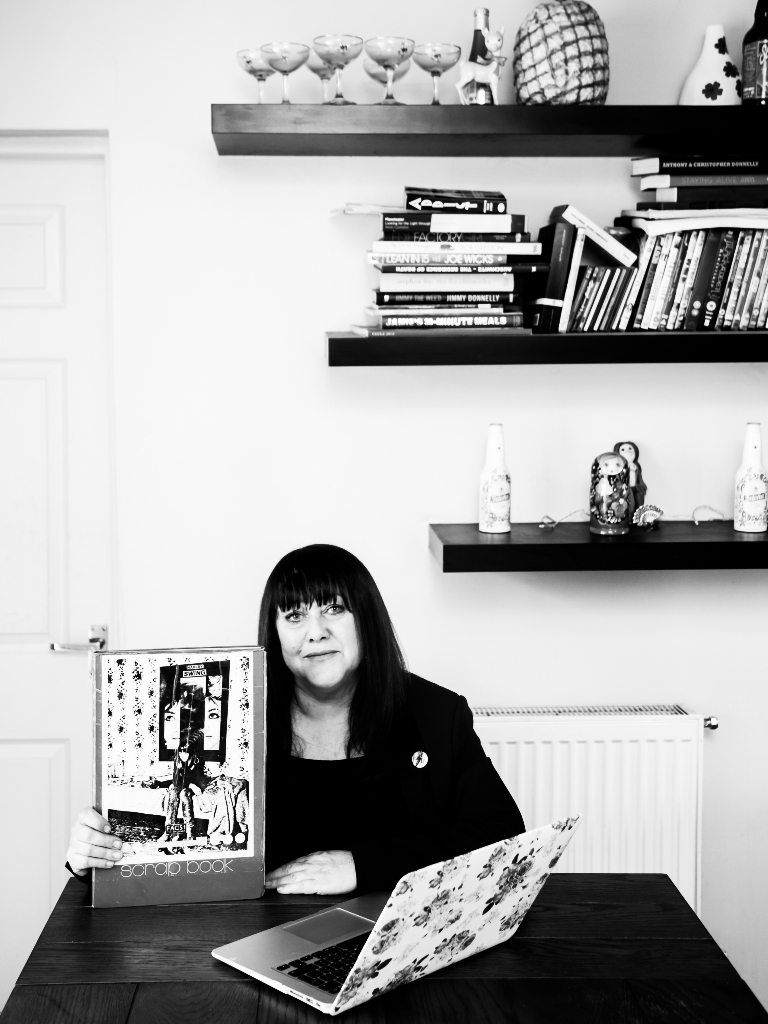 I’ve had a massive love of music from a very early age. I started going to gigs aged 11 mainly to see Slaughter & The Dogs, I felt about them how my friends felt about the Bay City Rollers. If you’d of asked me what I wanted to be when I grew up it would of involved music but I couldn’t sing or play guitar so I had no idea how that could happen.
I left school at 16 and at the age of 19 I was drifting from one Youth Training Scheme to another. I landed a full time job at a clothing store on Cross Street which was great as I was part of a group of like minded friends who all worked in town, the group included my best friend Cath Berry and her brother Andrew, part of our friendship group had even just formed a band called The Smiths, things seemed to be moving

Andrew is a hairdresser he worked around the corner from me at whats now the Gap Store. He had the genius idea to open a hair salon in the basement/dressing room area of The Hacienda ‘Swing Fac 98” . Tony Wilson and Factory gave it the go ahead and Andrew asked me to be the receptionist in the salon so I gave my job up and started at Swing. I had no idea what to expect

Andrew was the boss and he was only 22, me and the others younger than that. Swing was unlike any hair salon id been to before or been to since. The music was a massive part of the salon with the best cassettes tapes and all the Manchester bands coming in to have their hair cut New Order, The Fall, Vini Reilly, The Smiths, ACR all the bands and artists from back then, the list goes on….It was a creative hub and people would come just to hang out for the day. Music, cups of tea, chats, cigs & haircuts.

As the receptionist I was at The Hacienda most of the time so I started doing more and more work for the club. Back in 1983 the club was more of a live venue I would do the gig tickets drops and collections, the telephone and I started the Hacienda merchandise, so would finish at Swing and go up to Hicks Bar to sell the T shirts…I couldn’t get enough of the place or the people. If it had been open on a Sunday I’d of been there.

I knew Lesley Gilbert from Factory Records was leaving Factory to have her son and the job was coming vacant. Long story short I got the job, the best job in the world as far as I was concerned. I worked at Palatine Road Factory Records until the move to Charles Street. This leads right through to what I do today.. Without Andrew giving me the job at Swing would I have been so lucky.
Artefact added : 13th February 2018
by mdma_volunteers