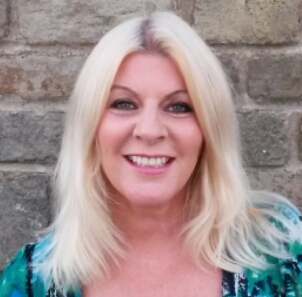 Artists, musicians, scientists – if you have any kind of visionary aptitude, it’s often something that you don’t have a choice in. You have to do it”.
― Patti Smith

Born and bred in Manchester I feel so proud to have been around such an exciting time in the 80’s and 90’s. Growing up, meeting some amazing people and being part of such an incredible journey.

Rewind, late 1970's, New Mills Youth Club at the tender age of 14. I had already run away from home and my thirst for live music had begun. The Blitz and Punk Rock entered my life, suddenly I was hanging out with the hip, the hunted and the haunted!

One of the first was Roger Eagle, at International 2, chatting with Mick Hucknall of Simply Red. Fact….it was he who discovered Mick very early on. Roger was a great mentor, my guru and friend. He introduced me to so many great people including writer, Saki H H Munroe who encouraged me to always want to learn and broaden my mind. I later went on to help Roger and Zane Branson run The Ritz. I met Mark E Smith there. He and Roger shared a mutual respect and were fun to be around. I helped Roger with a few events at The Band on the Wall, meeting the great John Lee Hooker who dedicated a song to me! Roger was content with very little, his music and his friends. I miss him so very much.

And then there was Tony Michaelides aka ‘Tony the Greek’. Tony had his own radio show on Piccadilly/Key 103 at that time but his ‘real job’ job was running his own PR company, TMP. We first met at an Inspiral’s show. Quite rightly I asked him for a job….and the rest is history. I met so many great people at TMP who passed through that office, many of whom are great friends to this day. Tony brought people together, he was the Pied Piper of the music business. We followed him everywhere, hard work and a lot of fun. I got invited in on some of his radio shows and got to meet the people he was interviewing. Those were THE best times in Manchester.

My first encounter with the legendary Tony Wilson was when he got me my first placement at drama school as a kid and where my real passion for acting kicked in. I entered a competition on Granada Reports and won a scholarship to Braeside School of Music and Drama! Years later I ended up working for him at Factory Records! He was truly amazing and such an influential figure in Manchester’s music and cultural scene. It was here I met New Order and Happy Mondays. I ran the Revenge office, Peter Hook’s band in the late 80’s when Tony Michaelides was managing them. So many great people always so keen to help both myself and others. I am a strong advocate of networking and wholeheartedly encourage the building of industry connections at gigs, conferences, festivals and on social media. I also fervently support independent film and am currently involved in various projects in both the music and film industry, including helping to organise festivals, events, crowdfunding and publicity. Forever Manchester !
Artefact added : 21st February 2018
by mdma_volunteers