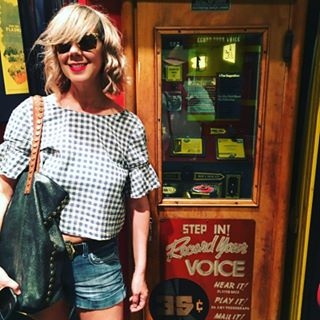 Jo Hilditch has worked in the music industry for over 20 years in many areas of PR and promotion with brands such as Ubisoft, Tannoy, Gibson, Visible Noise, accessories4technology and for record labels including Factory, Sony, Decca Classics and PWL. Jo's company YeehaPR specialises in anything music or entertainment based and the very out of the ordinary the better! Jo was approached to work on a tour of a big red British bus touring from LA to New York to promote British music, BBC America and Yorkshire tea! Jo was awarded Manchester Woman of the Year 2006 by Manchester City Council for her contribution to Women and Culture. Women in Music, Creative Women created a network and monthly events to support women into the industry and which included a touring panel of successful women in the industry and promotion at music conferences internationally from Inverness to Berlin to Austin, Texas.
Jo is also the course leader for the BSc (Hons) Music Business and Creative Industries course at SSR Manchester where she is pleased to report that after 4 years she has her first class of 50/50 male to female students. She is also a singer songwriter who writes under her alter ego, Hilda.
Continuing the theme of year of the woman Jo has just taken on the promotion of Kim Hawes and her biography due to be released in 2019. Kim has spent 30 years as a tour manager for bands such as Motorhead, Chumbawumba, Hawkwind, Blue Oyster Cult, Concrete Blonde, Girlschool and many more. Kim was a fun-loving, rebellious, slightly directionless teenager from a farming hamlet in Lancashire when Elvis Costello and the Attractions rolled into Preston on tour in January 1979. Kim then 19 years old joined the tour and never came back...
Artefact added : 21st February 2018
by mdma_volunteers