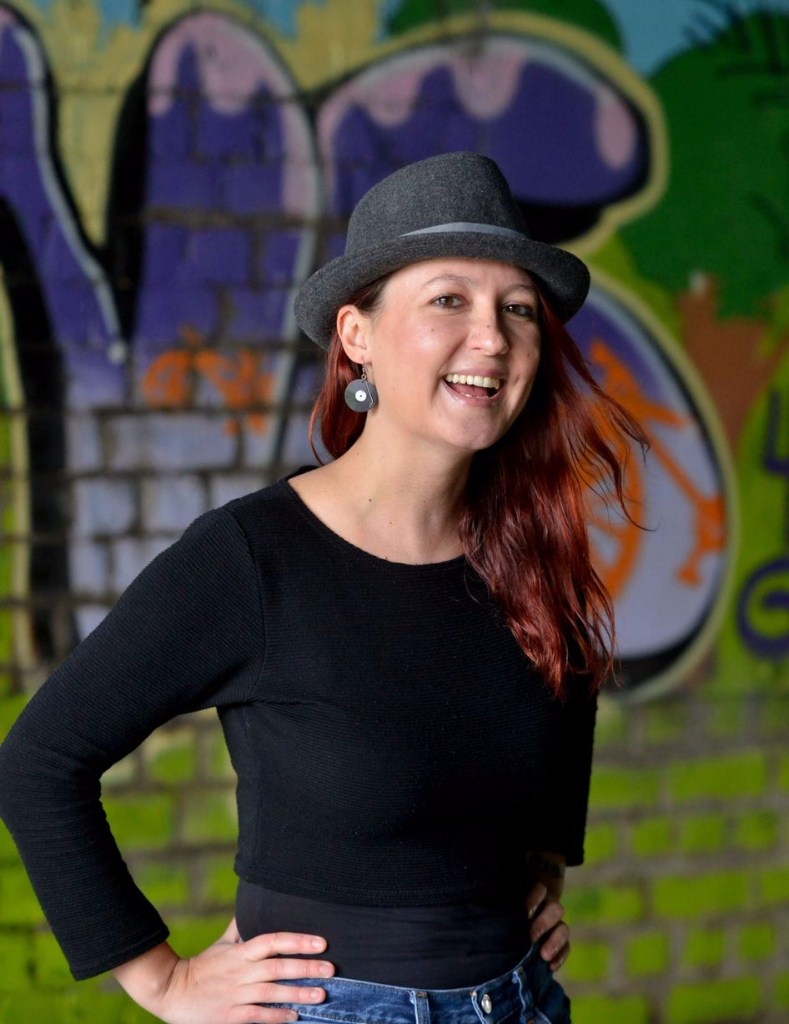 “From my work in the jungle of DR Congo to the streets of Brazil to my own country of the UK, it is always, undoubtedly the young generation that give me hope and belief we can make change. I believe in fairness, equality and education for all regardless of gender, race, or sexuality. And I will fight for that until the end.”

Ruth’s parents bought her an electric guitar for her 10th birthday and her life changed for ever, on an unexpected path through the world of music – as a musician, as a record label founder, a festival producer and a global music activist. After playing in a band for over 10 years, even playing with The Fall on their greatest hits tour, Ruth became connected with the UK music infrastructure. She was founder and director of Fat Northerner Records (2003 – 2010) helping bands from the North of England achieve a greater platform to develop and worked with over 60 bands, touring bands around the world. She also co-founded Un-Convention, a series of grassroots music events that took place in around the globe. She is regular speaker at cultural festivals and events, including TEDX.

Ruth is an award winning cultural producer, activist and social entrepreneur. Ruth joined In Place of War during its inception and has been pivotal in the organisation’s development and vision. She is now CEO and Artistic Director there, building a global organisation that uses creativity in places of conflict as a tool for positive change. This enables grassroots change-makers in music, theatre and across the arts to transform a culture of violence and suffering into hope, opportunity and freedom. Ruth has pioneered the development of new creative hubs in, for example, Congolese refugee camp; a prison in the war affected area of Uganda; with indigenous hip-hop artists in Uganda; on an island inhabited by single mothers in Lake Victoria, and in Palestine. She has mobilised nearly 1,000 creative leaders across the world and was instrumental in creating In Place of War’s Creative and Social Entrepreneurial Programme, delivered in thirteen countries across Africa and the Middle East.

Ruth is the founder and Creative Director of GRRRL, an electronic music collaboration between independent, revolutionary women artists from around the world, coming together to tell their collective stories of life, conflict, inequality and change. GRRRL featured an eclectic mix of eight fierce influential artists from eight countries. After communicating and collaborating online for a month, the GRRRLs physically came together in the UK for 4 days to create a new body of work. GRRRL previewed to full capacity VIP audience at Ronnie Scott’s Jazz Club Bar and toured to many festivals including Shambala, where they won the title of the best band.

Ruth is also an Artistic Advisor on the Futures Venture: Radical Independent Arts Fund, which awards radical artists funding for new work. Ruth and the trustees have awarded eleven grants to a diverse range of radical artists based across the UK. She sits as a Trustee at Comma Press, a publishing house focussed on short stories contemporary narrative culture based in Manchester. She is also a Trustee at her local community radio station in Levenshulme, All FM. Ruth Daniels, from local to global.
Artefact added : 21st February 2018
by mdma_volunteers