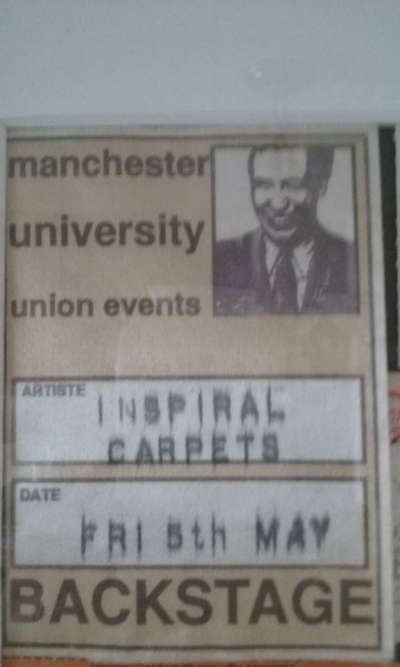 I interviewed Inspiral Carpets for the Manchester City fanzine Blue Print. I was told a few of the band were Blues - which was correct at one time as the recently departed Steven Holt and Dave Swift were Blues, but on the night only Craig Gill was singing from the Blue corner!
Of course during the interview a young Carpets' roadie came in and joined in the chat too..... no idea what became of him!
Artefact added : 3rd March 2018
by Phill Gatenby