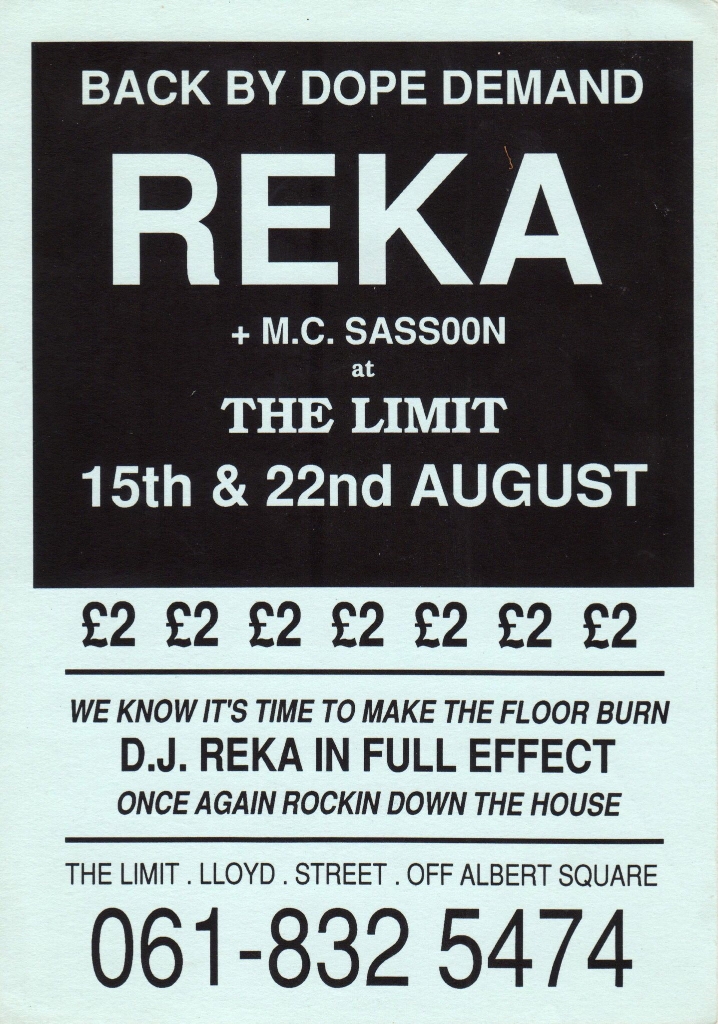 This was an epic night. We (Dj Reka &MC Sassoon) had given up their Saturday nights residency to Adrian and Mark (LuvDup) and their silver glitter Rhino suspended from the ceiling. We had just launched the Friday all-nighters. After a few weeks, Adrian and Mark decided to pull out. 2pm on the Friday, we were asked to resume the residency for the next day (sat nights again). This flyer was produced in the offices above the Limit in about 10 mins and rushed to print. Saturday morning was spent furiously handing out flyers to all the iconic record shops. We didn’t expect the news to get out in time we were back. When we pulled up in the Saturday night, the queue was right around the block!
Most amazing unexpected night ever (almost)
Artefact added : 26th March 2018
by Reka