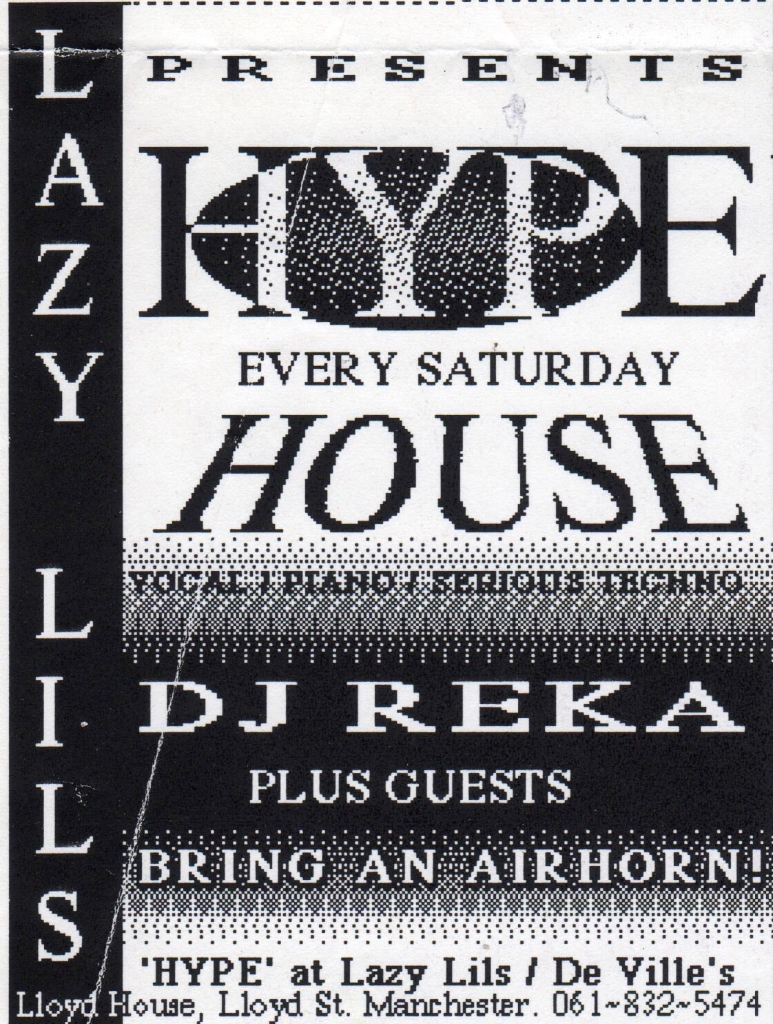 This night brought about the end of an era at DeVilles/Lazy Lills. DeVilles was primarily an indie Club, and the back room played anything but mainly indie. Hype change the format and now the back room (Lazy Lills) was all house music.
One club, 2 rooms.
Ravers would queue up to get in, indie clubbers, tended to arrive after having a few in the pub. But, as Hype took off, there was no room for the late arriving indie clubbers, ther ravers has maxed the place out.
Most Ravers like a bit of indie, but meant everyone squashing into the back room (Lazy Lills). The bucking bronko was living its last days. Pete the manager, and Eric (Lionel Ritchie lookalike) head doorman, Jossie took your money and Rae (with epic dreads) doorman kept everyone smiling, but the end of an era was closing in.
Artefact added : 26th March 2018
by Reka