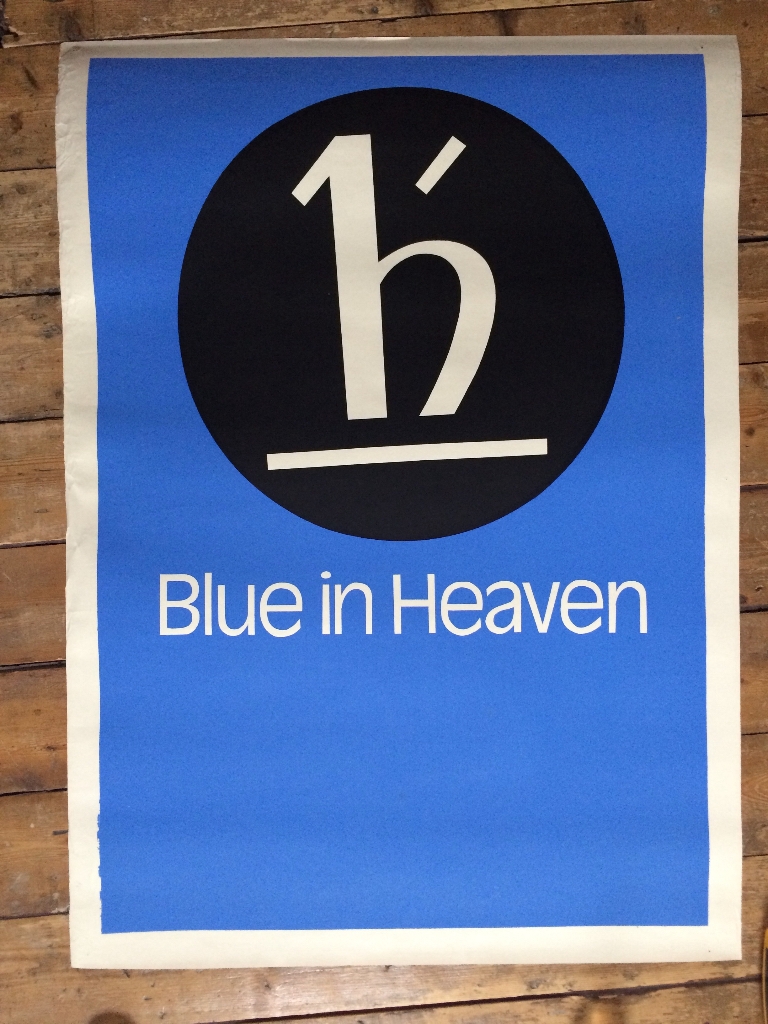 "Blue in Heaven was an Irish rock quartet from Churchtown, Dublin, active 1982–1989 and led by singer Shane O'Neill. They reformed in 1990 as The Blue Angels. O'Neill later went on to form Supernaut with Dave Long from Into Paradise.
Blue in Heaven released a few singles on U2's Mother Records before being signed to Island Records in 1985, when they released their first album , All The Gods Men, which was produced by Martin Hannett."

I've had this poster for years with a load of old Hacienda posters, so I wonder if they played at the Hac?
Artefact added : 17th April 2018
by OT