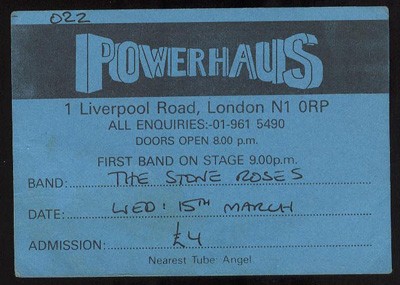 Ticket for a Stone Roses gig at the Powerhaus in London, 15th of March 1989, before the release of their debut album. A few months later you wouldn't have been able to get a ticket to see them for only £4!