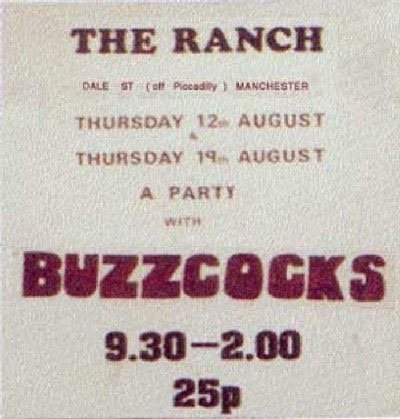 This looks like a handbill for Buzzcocks' proposed double-header at The Ranch in the Summer of 76, but could also be a ticket. According to John Maher, the first date was halted after ten minutes as Ranch-proprietor, Frank 'Foo Foo' Lamarr, found it 'too loud'. The second date was subsequently cancelled.
Artefact added : 20th August 2018
by Mike Noon