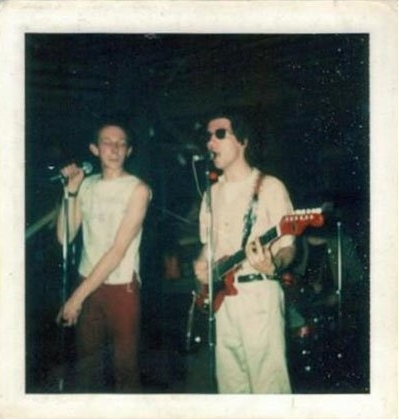 This Polaroid photo was uploaded by Maher alongside a handbill for the group's dates at Lamarr's in August 76, so I'm taking it that this is from the initial ten minute set on 12 August 1976.
Artefact added : 20th August 2018
by Mike Noon