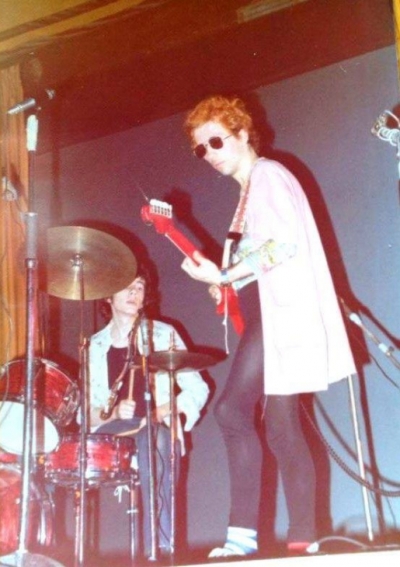 Pete Shelley and John Maher on stage at the Screen on the Green in London. The previous night they had played in Stalybridge. Photo by Cindy Stern. A leaflet promoting both gigs can be found here: www.mdmarchive.co...
Artefact added : 11th September 2018
by Mike