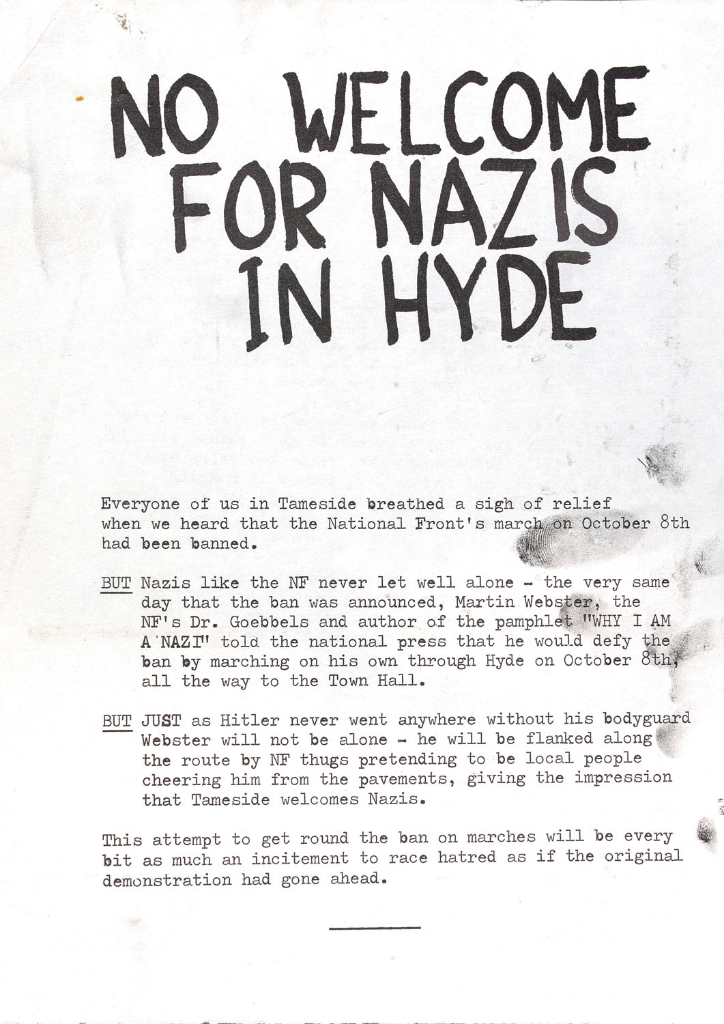 In October 1977, National Front leader Martin Webster staged a one-man march in Hyde, protected by an estimated 2,000 police officers. A counter-protest was carried out by 20-year-old Ramila Patel of Bolton Asian Youth Movement, who walked in front of Webster carrying a placard that read (on the rear): ‘This man is a Nazi’. Ramila managed to walk about 80 yards before a policeman grabbed her placard and broke it in half.