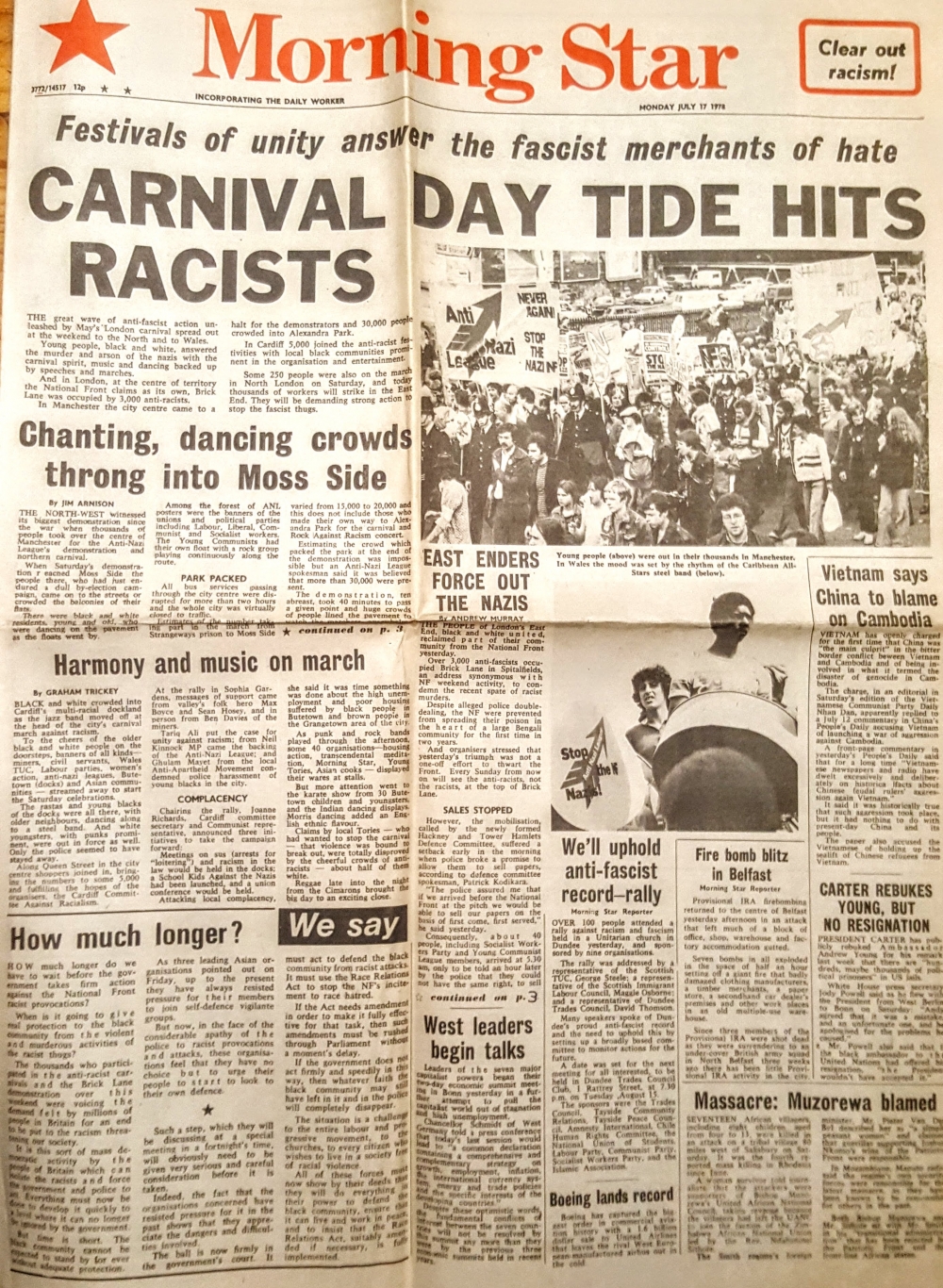 The Morning Star is a left-wing British daily newspaper with a focus on social, political and trade union issues. It was one of the only news outlets to cover the Northern Carnival. The Manchester Evening News chose only to report on the traffic delays caused by the Carnival march.