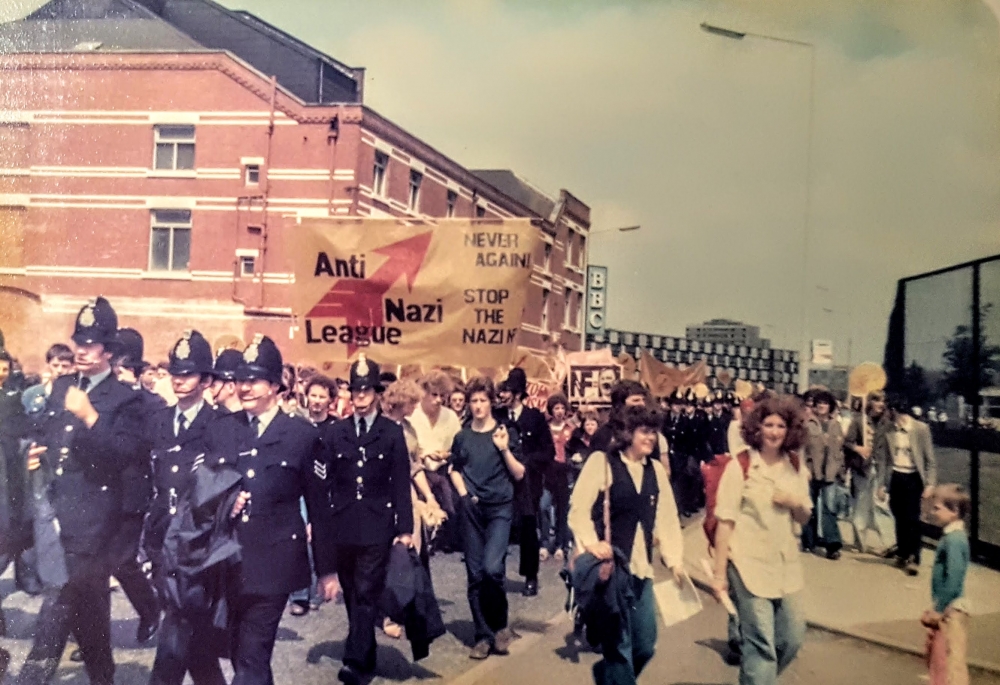 Here we see the front of the march snaking past the Playhouse Theatre (now Niamos) in Hulme. From 1956 to 1987 the Playhouse was used by the BBC as a production venue for radio and TV. Police officers are seen clutching their macs on what turned out to be a very sunny day.