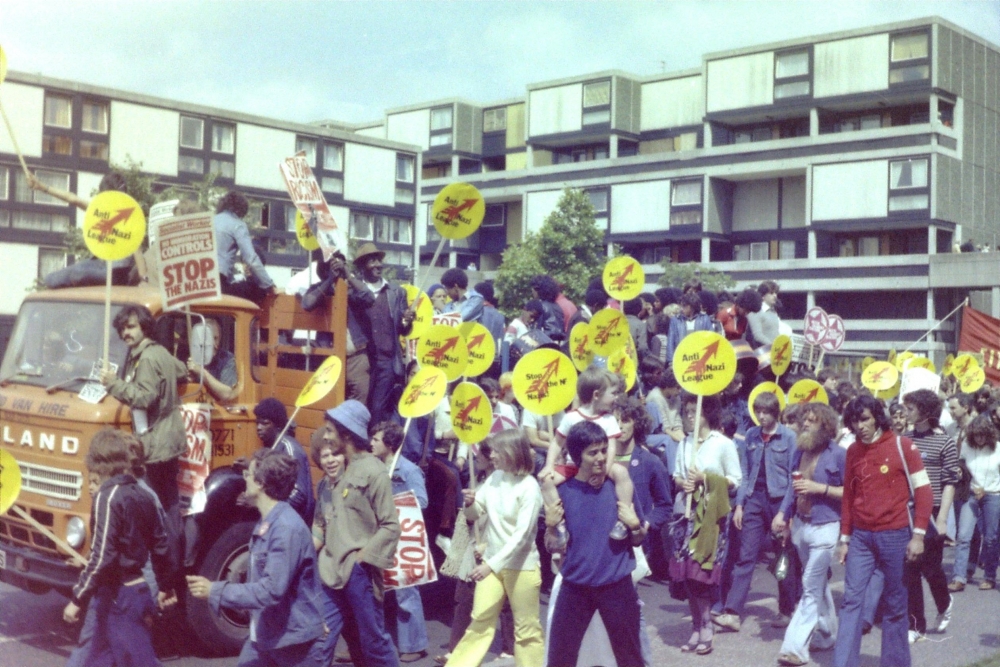 The truck carrying the steel pan band arrives in Hulme. Many marchers are carrying the instantly recognisable Anti Nazi League ‘lollipops’ that had been put together using plywood sticks and cardboard by Manchester Polytechnic students in the days leading up to the Carnival.