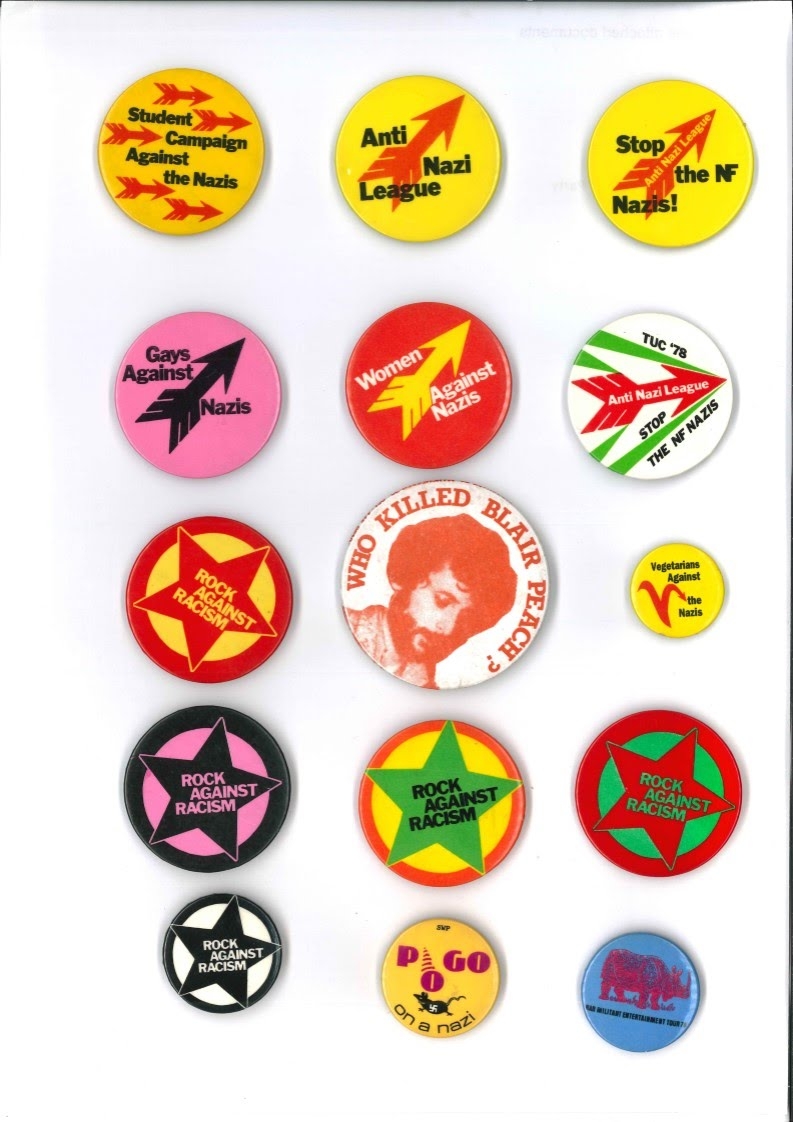 A set of Anti Nazi League and Rock Against Racism badges linked to MDMArchive's Northern Carnival Against the Nazis 40th Anniversary' exhibition, held at Niamos (old Nia Centre) in Hulme in September 2018.