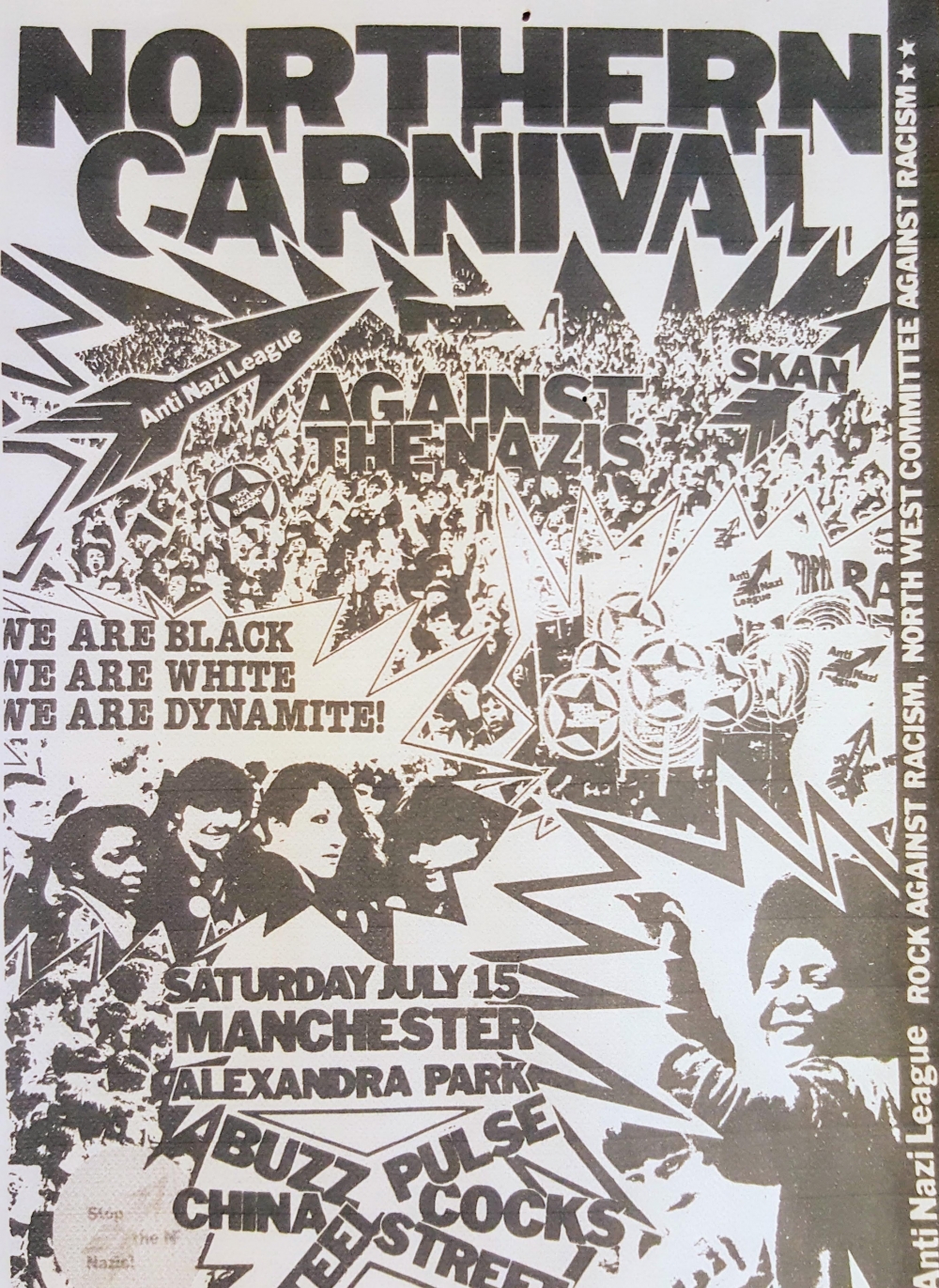 This brochure was made to raise funds for the Carnival. Local business and groups paid for an advert each inside. Many of the ads also contained messages of support.

louie_shelley Says –
Hi, would it be possible to use this image in my book, 'Ever Fallen In Love'? I suppose impossible now to trace the original owner?
If you'd like to leave a comment, please Login. Login
Manchester Digital Music Archive is licensed under an
Attribution-NonCommercial-ShareAlike 4.0 International License.
Charity no. 1164179
Our archive currently contains 3831 Bands, 752 DJs, 1454 Venues, 303 Industry Professionals and 29440 artefacts contributed by 3987 members.