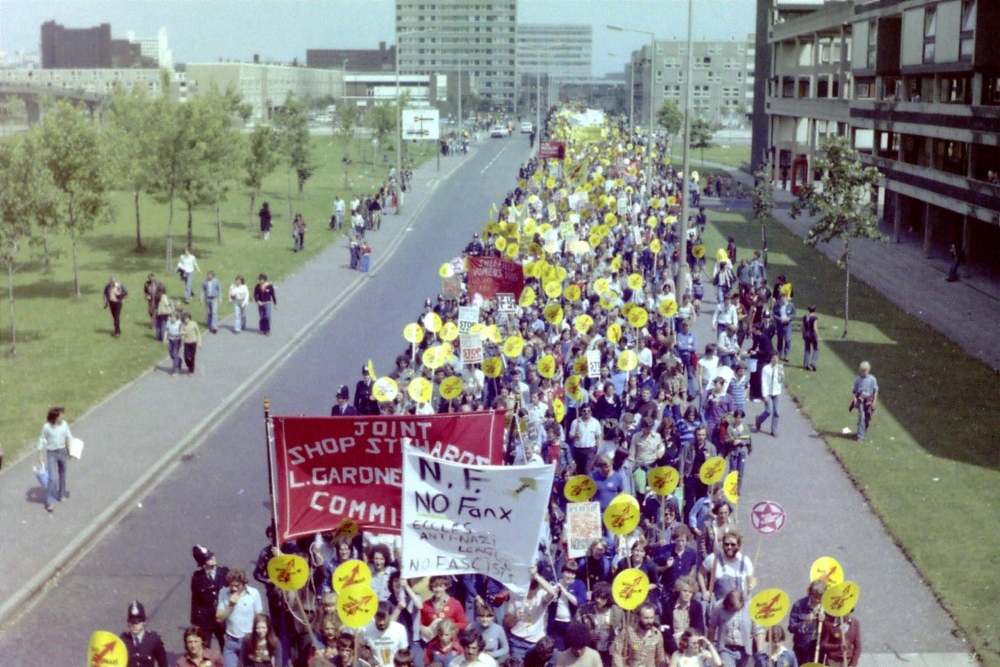 Marchers make their way down Bonsall Street, Hulme, past the deck access flats. Banners include the Joint Shop Stewards’ Committee for L. Gardners, a firm with a 2,500-strong workforce based in Patricroft, which made a world famous diesel engine.