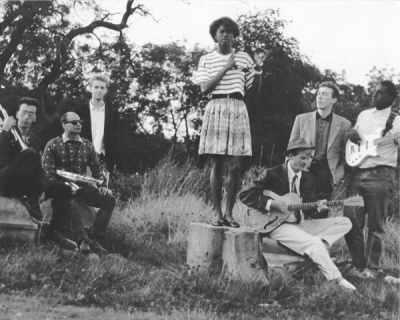 In a career currently spanning more than two decades and three countries – Paulette has been a resident at some of the biggest and best clubs in the world, with residencies in prestigious clubs including the Hacienda (Manchester), Queen Club, Mix Club, Cocoon (Frankfurt), Ibiza Rocks at Pikes Hotel. She has supported the cream of the dj establishment – from Gilles Peterson, Norman Jay, David Guetta, Laidback Luke, SHM, Afrojack, Bob Sinclar, Didier Sinclair, Fafa Monteco to Duke Dumont, Jaymo & Andy George, Junior Sanchez, Artwork, Moodymanc and Mr Scruff.

From radio to club she is a champion of good music – constructing long sets by digging deep in the crates of rare grooves and funk to disco to house and techno. Her dynamic and uplifting shows plus her award winning work for record labels, press, TV and radio have earned her international recognition and respect. As capable of entertaining a club with very long 9h+ or short 30 minute radio mixes, Paulette knows how to flip a room with her blend of vibrant vocals, strong melodies, full phat funk, nasty bass lines and sexy beats. When the music stops, she channels her energies into learning new skills, teaching, public speaking, holding seminars, mentoring and lecturing, replicating excellence in front of and behind the scenes. Now resident again in her home town, Manchester, Paulette currently has a monthly 2 hour mix show (jacking to deep house, tech house and techno) on Reform Radio and is a resident on rotation and stand in / lead presenter for the 2 hour mix shows, Breakfast Show and The Exchange with Gaydio.

David Dunne's DJ career spans more than thirty years on Radio and as a club DJ. In 1989 he found himself showcasing music from legendary clubs like the Hacienda on Manchester's Piccadilly Radio with his "Isometric Dance Class" show, which was the first show on legal FM radio in the UK solely dedicated to the new and growing genre of House music. At that time he gave DJs such as Justin Robertson, Mike Pickering and Jon DaSilva their first radio exposure. He moved to London in 1990 where he worked as a TV Producer and then as a TV plugger for Phonogram records and was responsible for getting acts from the Talkin Loud stable, founded by Gilles Peterson, onto national TV.

In 1992, he moved back to Manchester to work for So What Arts, the management company for Simply Red and worked on their hugely successful "Stars" tour project.

In 1994, he then became one of the founder staff members at Faze FM who operated both Kiss 102 & Kiss 105 as Head of Music and Morning Presenter, programming the music and broadcasting on both stations in both Manchester and Yorkshire. Following a take over by Chrysalis Radio Kiss became Galaxy and he continued to present on the stations, though he moved back to London shortly afterwards to take up the role of Head of Music for MTV UK. He later joined national station long wave radio station Atlantic 252 to present "BPM" - a dance music show. Then, in October 1998, he was given the job of repositioning the station to attract 15- to 24-year-olds as programme controller. This gave him the freedom to allow rising DJs DJ Lottie, DJ Touche, Eddy Temple Morris & James Hyman their first Radio shows.[1][2]

Following the closure of Atlantic by new owners, he joined Ministry of Sound as Managing Director of their digital radio station and radio syndication business in London.

Following that, he worked at Trust the Dj.com and then joined Wise Buddah as a consultant for development in July 2000 and between 2003 and 2010 worked for Hed Kandi. His role involved producing and presenting the Hed Kandi radio shows on the Galaxy Network until January 2010 and DJ-ing internationally as one of their most popular resident DJs. The Radio show was also syndicated to over 34 stations internationally.

He produced and presented a new Ibiza flavoured radio show during Summer 2010 for the UK Club Brand, Pukka Up Ibiza and currently also produces and presents a syndicated radio show with DJ Andy Daniels, called "The Triple Dee Radio Show". This is now on over 45 stations around the world. He also presents and produces a podcast for the events website, Skiddle.com. He has remixed and produced music with Andy as Triple Dee for artists such as Simply Red, Cevin Fisher, Solu Music and Timmy Vegas. He continues to DJ around the world.

During 2011-12 on Friday evenings at 8pm on Gaydio 88.4 FM in Manchester, he presented "The Anthems Show" and also presented shows on BBC Radio Manchester during Summer 2011. His Club work continues, with monthly residencies in Manchester at Venus Classics and Funkademia.