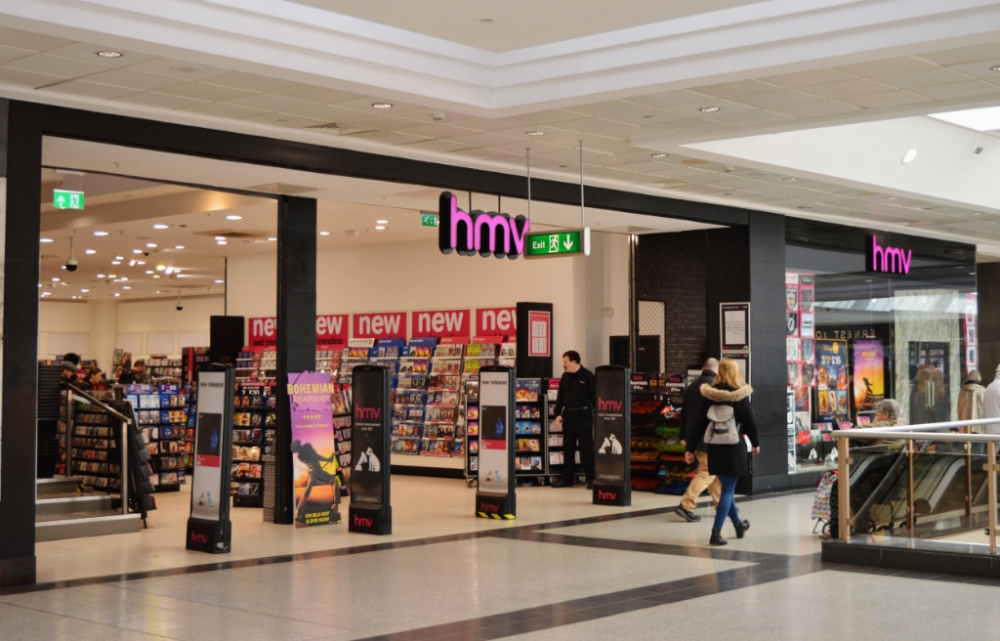 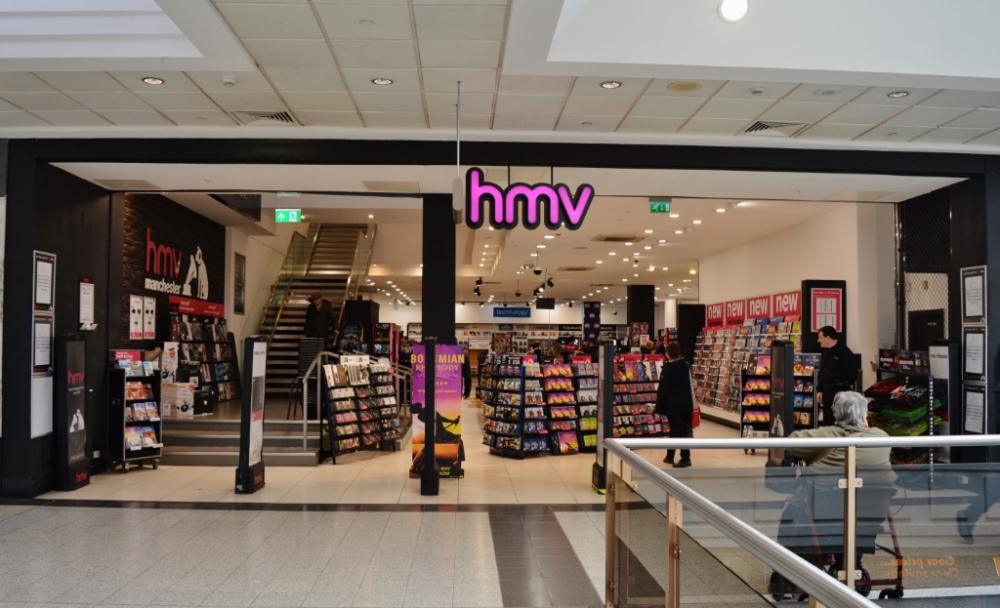 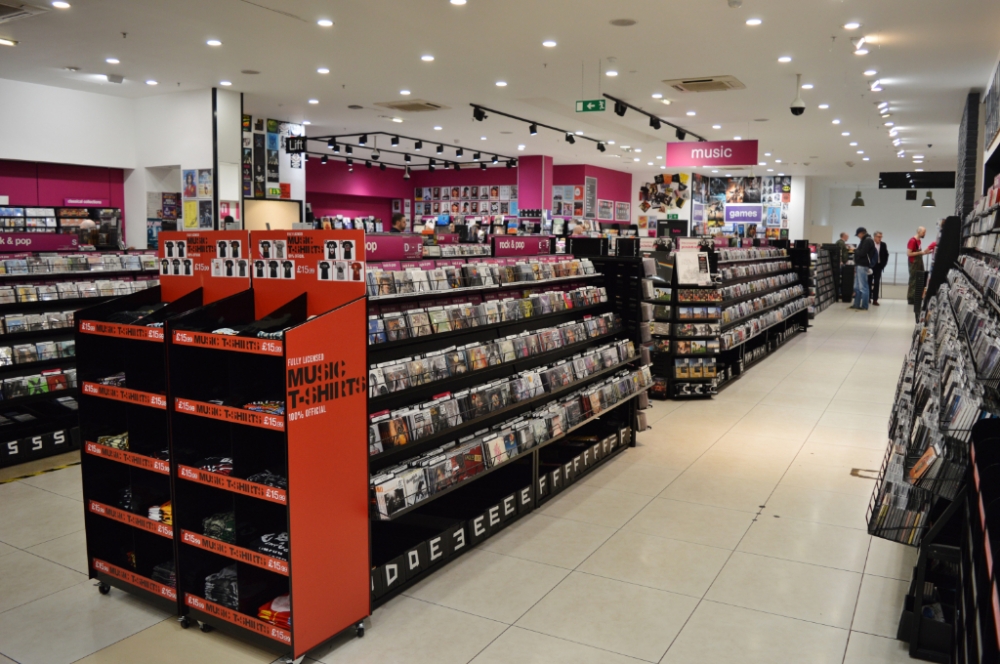 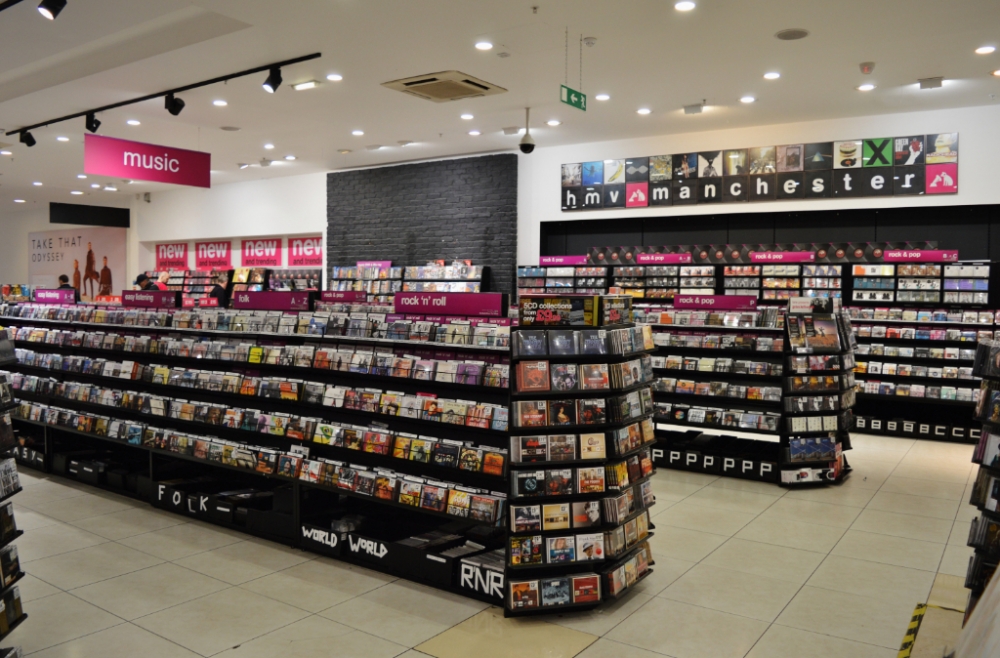 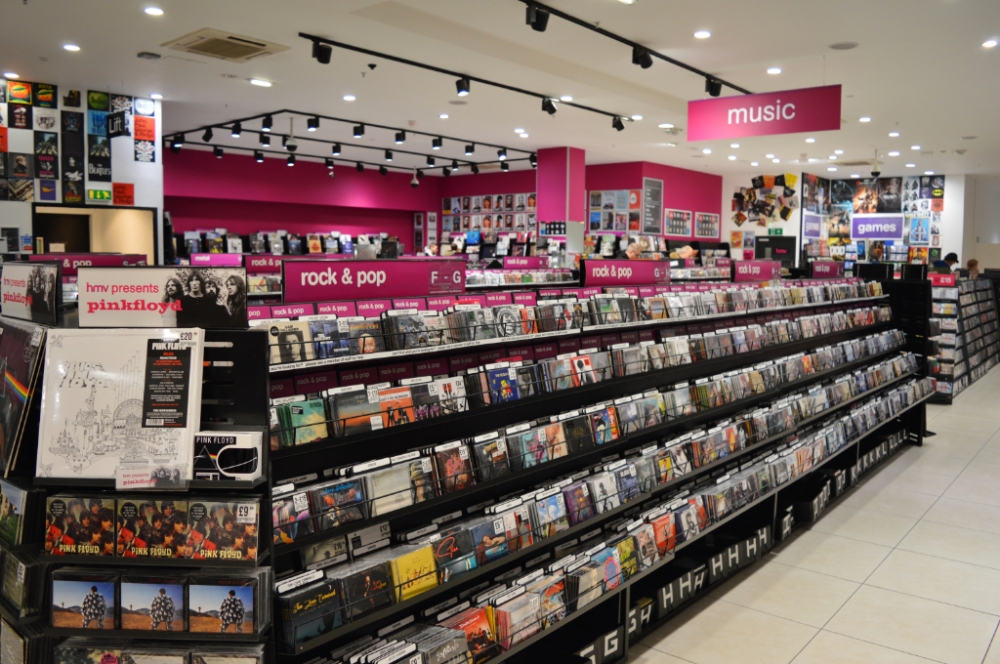 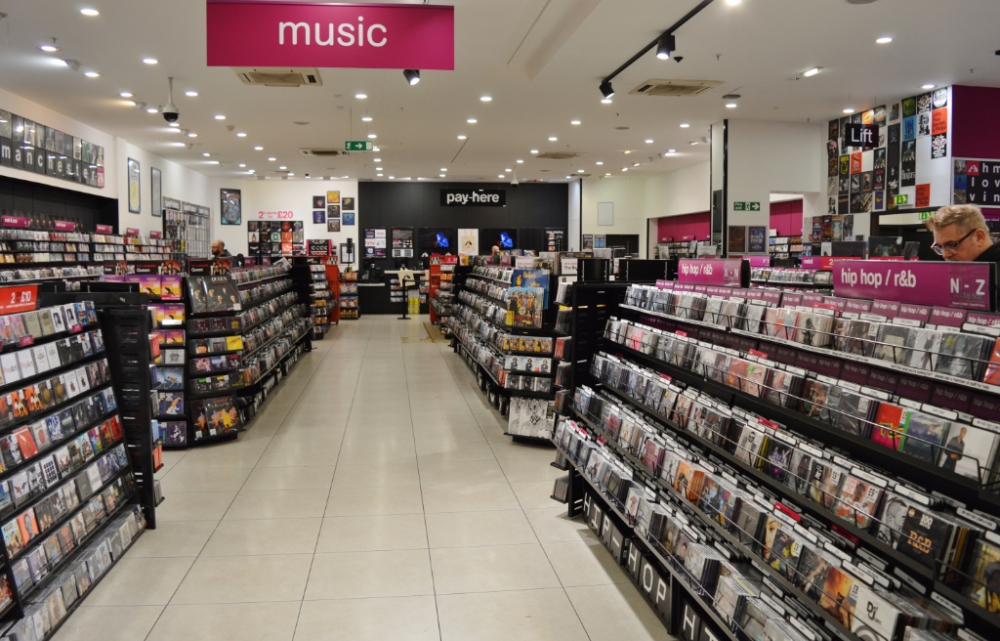 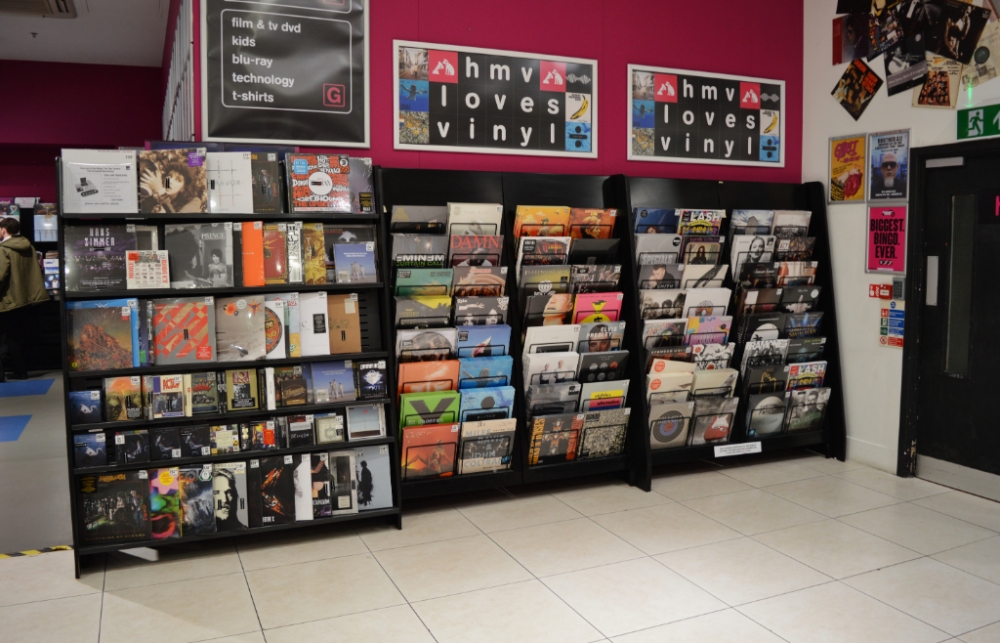 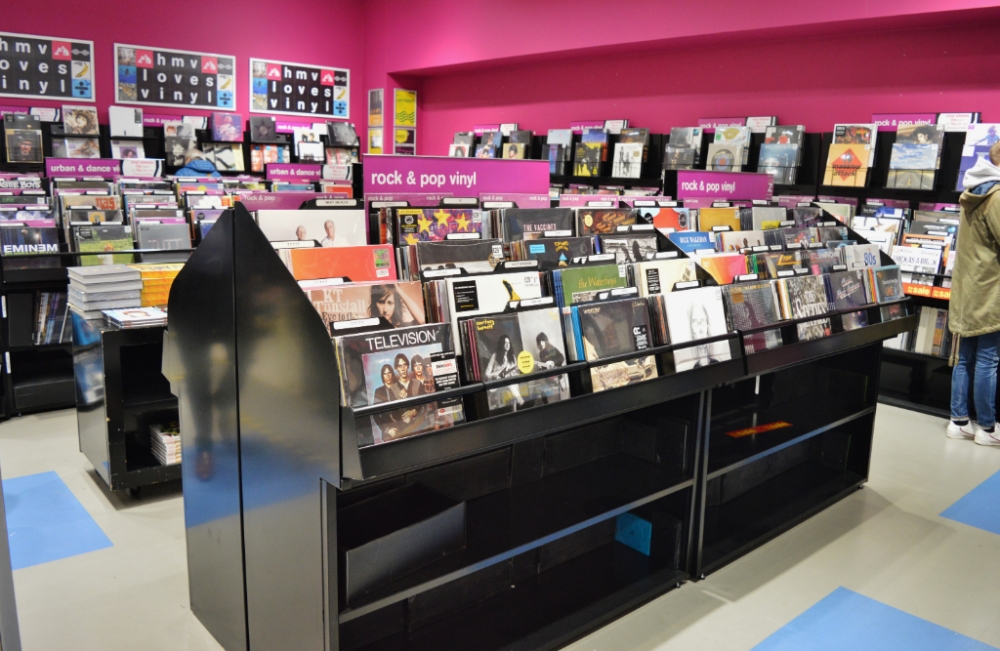 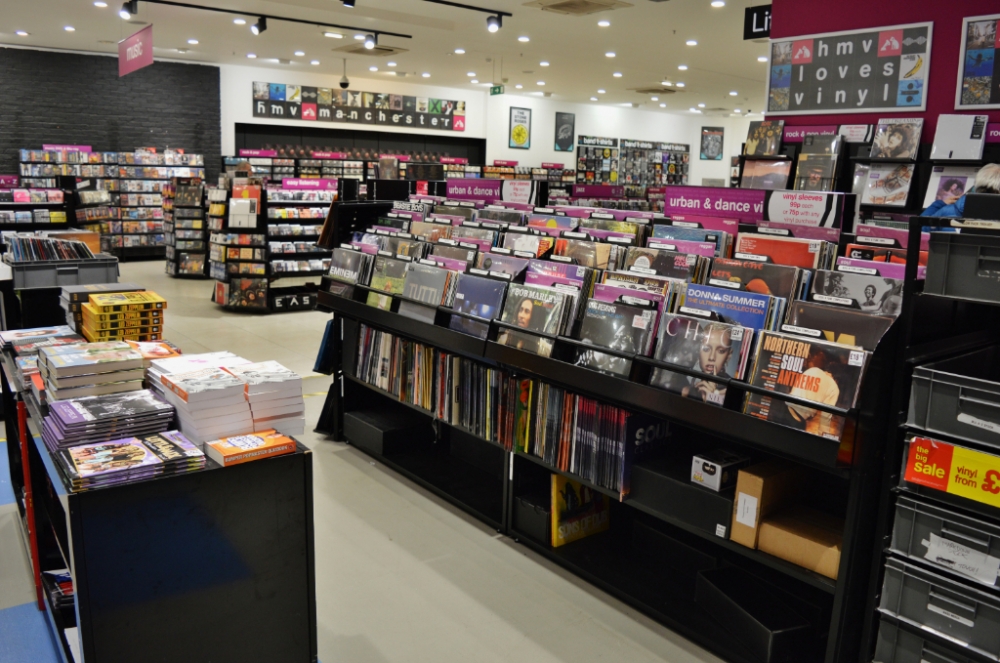 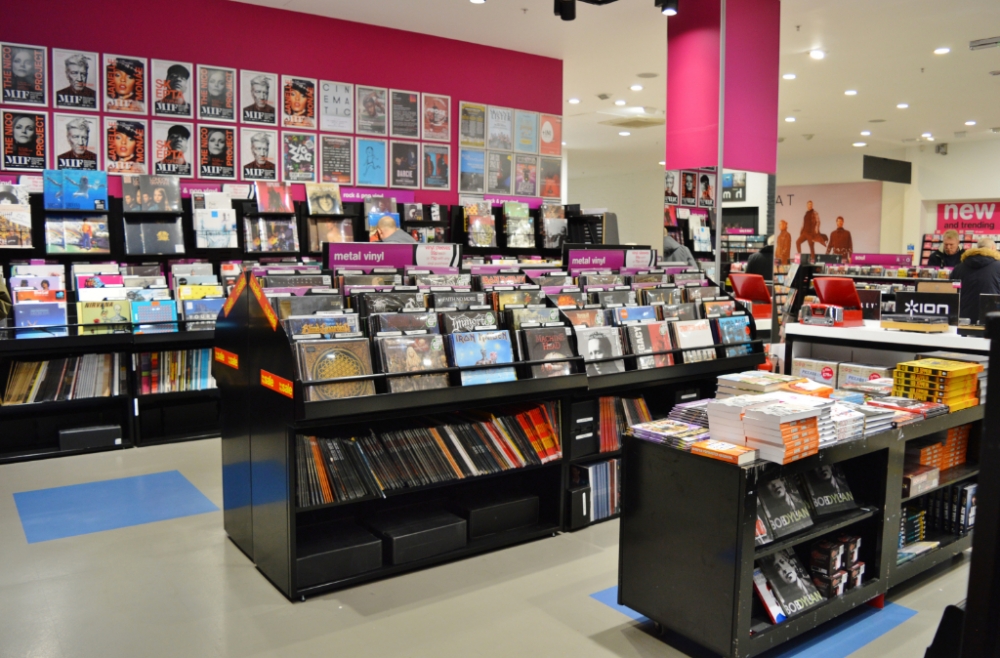 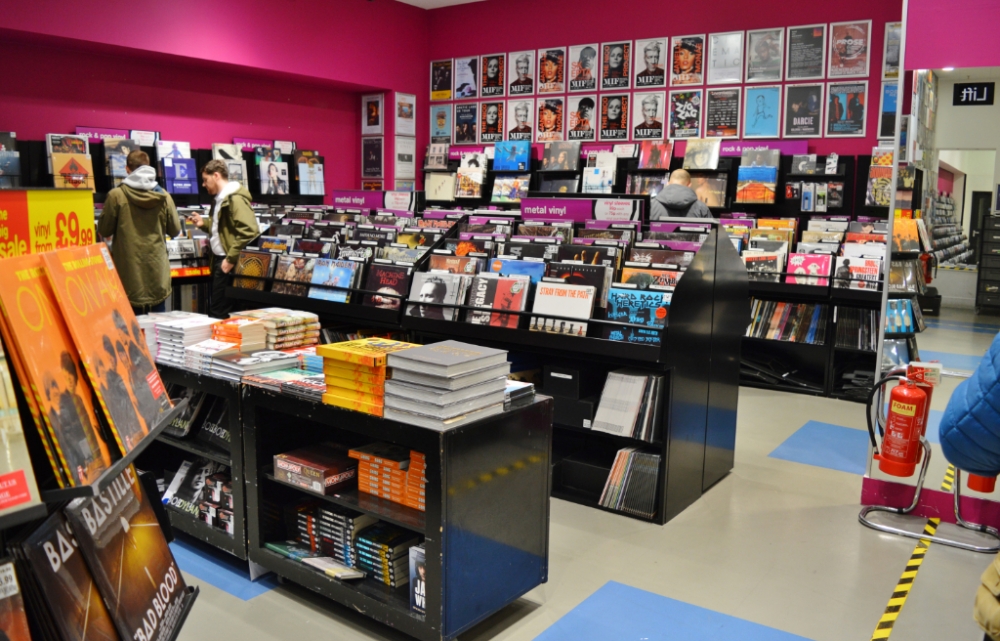 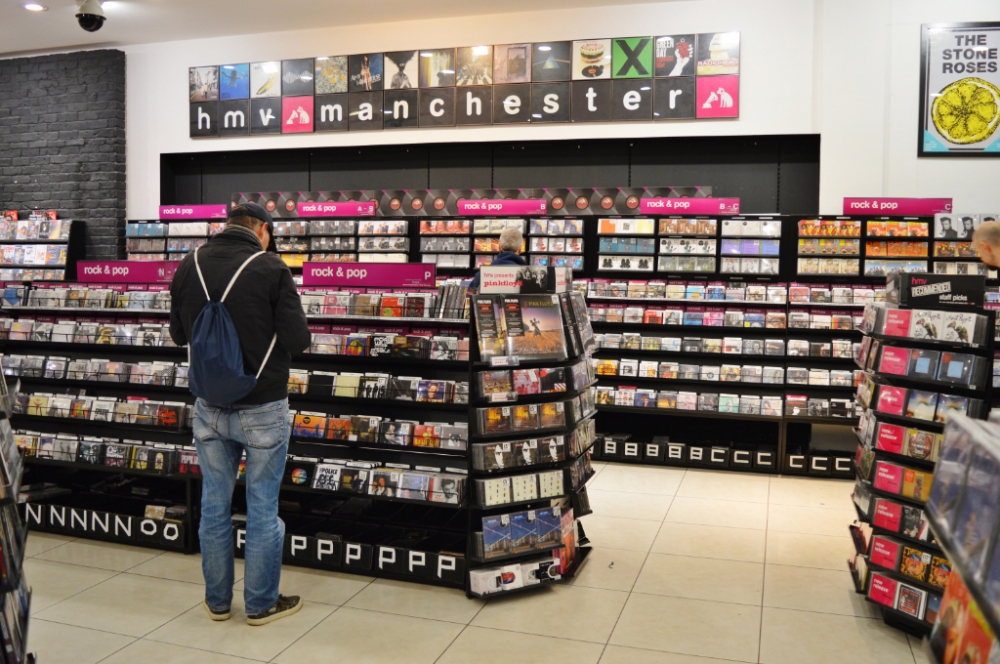 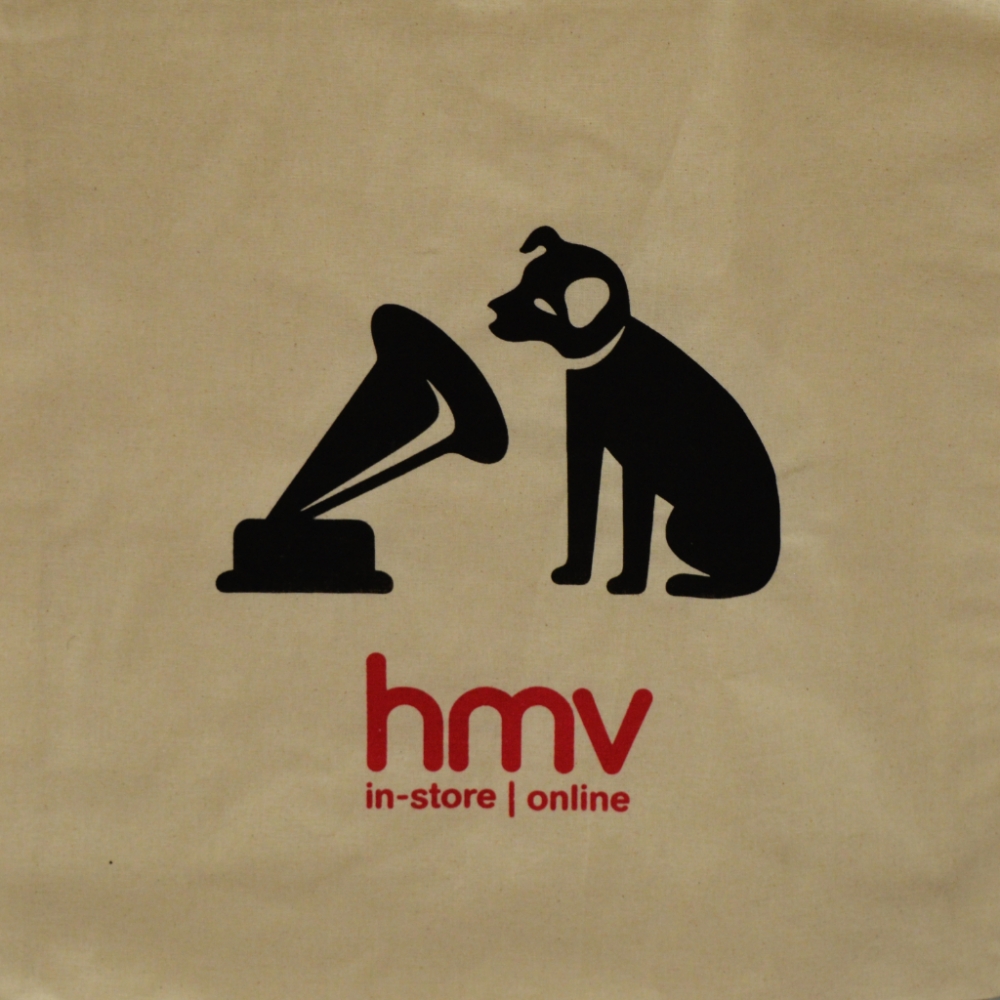 Yes. I know it's part of a huge corporate chain, but most of us have made a purchase from either this store or its long lasting predecessor on Market Street.
Artefact added : 18th March 2019
by IanTatlock

Mike Noon Says –
Counting this, does that mean there have now been four HMV stores on Market Street? The older one on the Underground Market side which you used to have to access via a steep flight of stairs (late 70s early 80s for me). The Megastore, on three floors, up towards the top, again on the right as you head towards Piccadilly. And the one much further down on the Arndale side, which was originally a multi-media store, but ended up selling everything? I think that one might now be the city shop.
If you'd like to leave a comment, please Login. Login
Manchester Digital Music Archive is licensed under an
Attribution-NonCommercial-ShareAlike 4.0 International License.
Charity no. 1164179
Our archive currently contains 3869 Bands, 758 DJs, 1460 Venues, 323 Industry Professionals and 29710 artefacts contributed by 4047 members.