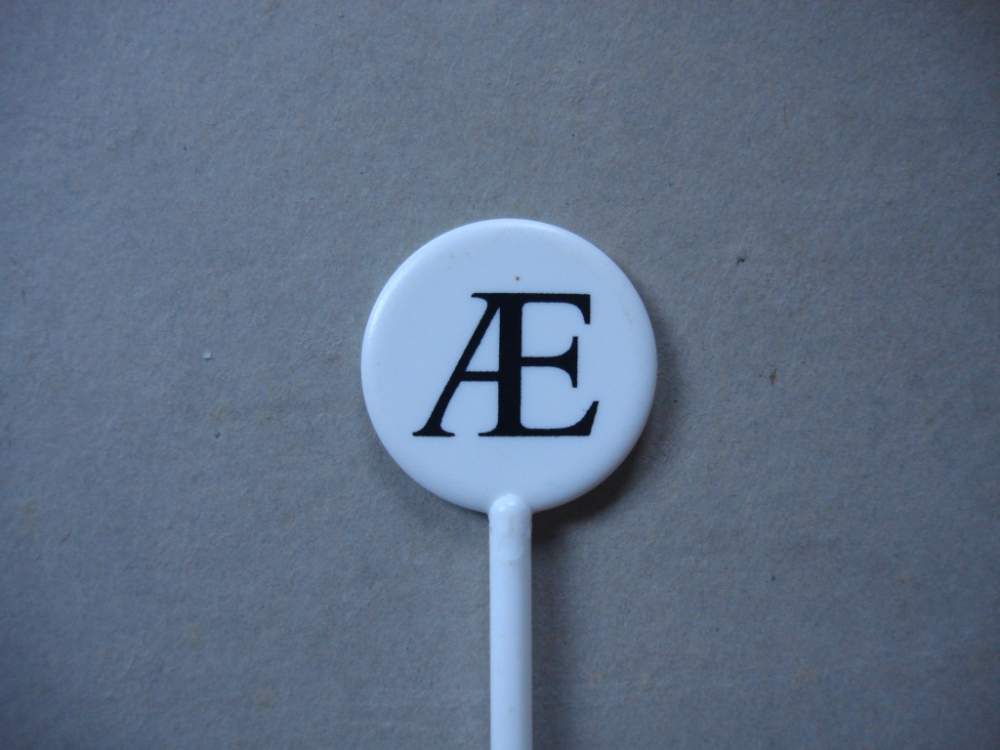 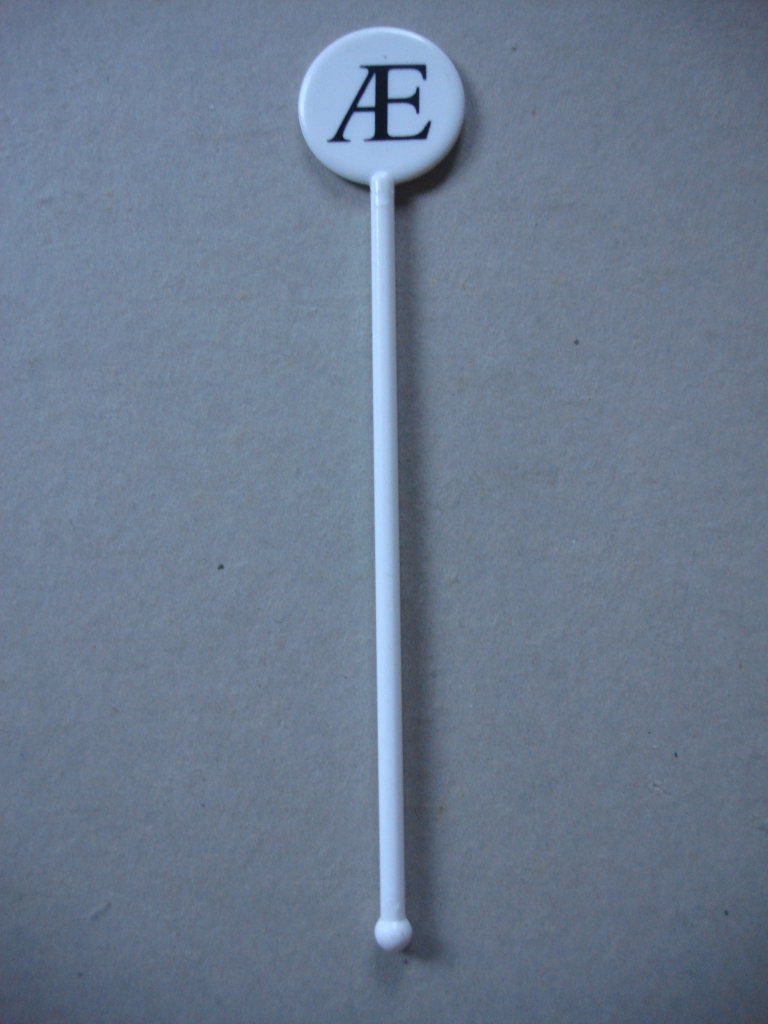 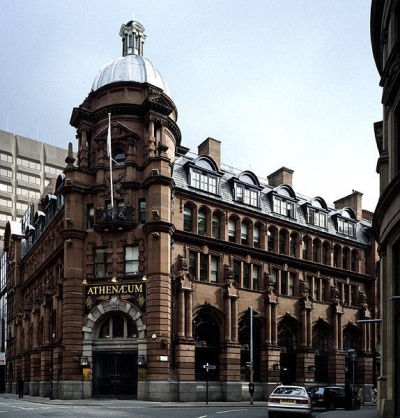 The Athenaeum opened on York Street in 1993. It was a great bar early in '93 and '94. No DJ's, but played CD's. I'd go there first before going to the Boardwalk. I remember Ryan Giggs coming in with his mates a few times, and once with Eric Cantona. The latter wearing a cream coloured raincoat and a baseball cap back to front.

I think Mark Cain used to run it in the early days, and Andy 'Manumission' McKay worked behind the bar for a while at that time. A Manumission event was held in the rooms next door in 1994.

The photo is of a drink stirrer I picked up when I was there one night.
Artefact added : 6th May 2019
by Mystical Kenny