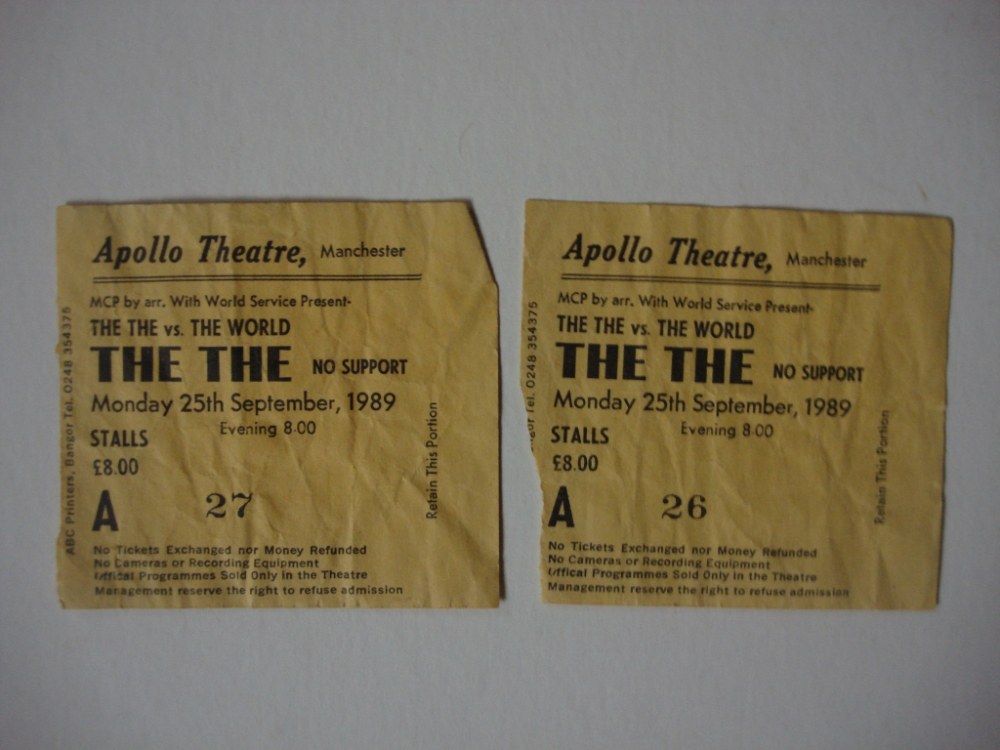 From memory, the tickets went on sale in May '89. I'd seen an advert in the NME and thought I'd have a better chance of getting a better seat if I bought direct from the Apollo box office.

It was a Saturday morning and I arrived early. I was gutted that there were about three or four people in front of me, but to my surprise, the lady in the box office showed me the seating plan and asked me which tickets I wanted.

I couldn't believe it. Assuming the few people in front of me were touts, I actually bought four tickets at the centre of the front row.

I bought four because I could. On the night, I'd sold two to my colleague and her boyfriend, and I went with my brother.

On the night, we got the bus there and arrived early, so we went to the bar upstairs and spotted Bernard Sumner drinking on his own.

After a few beers, and just before the band came on, we headed to our seats right at the front. There next to me, was my colleague and her boyfriend. Then the band came on. It all went to plan.

Matt Johnson walked on with a wide brimmed preacher's hat, and Johnny Marr was lead guitarist. Every now and again, people in the audience behind me shouted 'JOHNNY'.