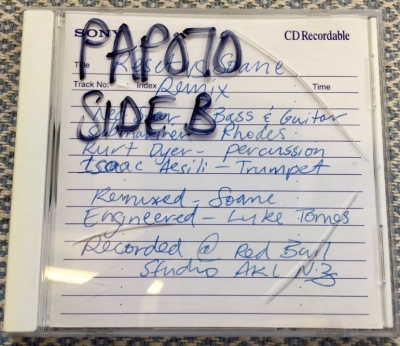 Soane was somebody we met in New Zealand, where we used to DJ for a month every winter, which was just as awful as it sounds. He was some kind of Tongan royalty so he became known as "The Prince of Tonga”.

He came over to stay a few times and we all became good friends. It's a great example of how you could make friends from all over the world through the label which still gives us a thrill.

He sadly died a few years ago but is very fondly remembered.
Artefact added : 17th July 2019
by Paper Recordings