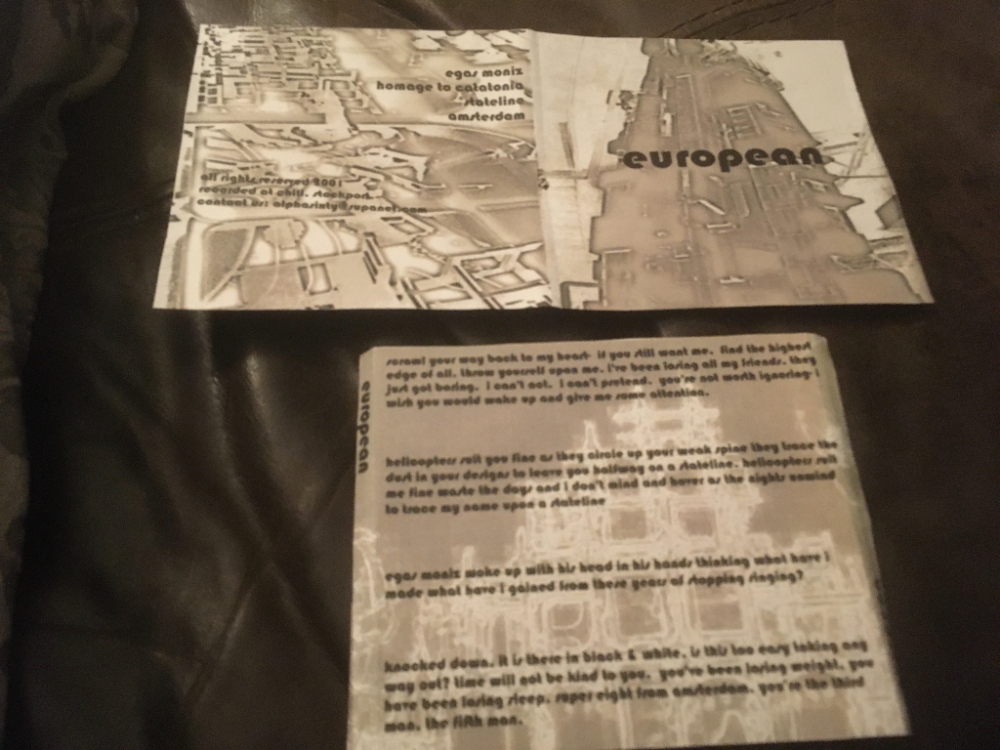 A four track demo from European containing the songs Egas Moniz, Homage To Catatonia, Stateline & Amsterdam
These were a very talented art rock band based in Chorlton based around brothers, Anthony and Michael Braithwaite
Pre-dating the likes of The Arcade Fire and Interpol by a few years - if they'd have hailed from Nebraska or North Carolina there's little doubt they would've been signed and had some degree of success
Artefact added : 19th January 2020
by Andy Woods