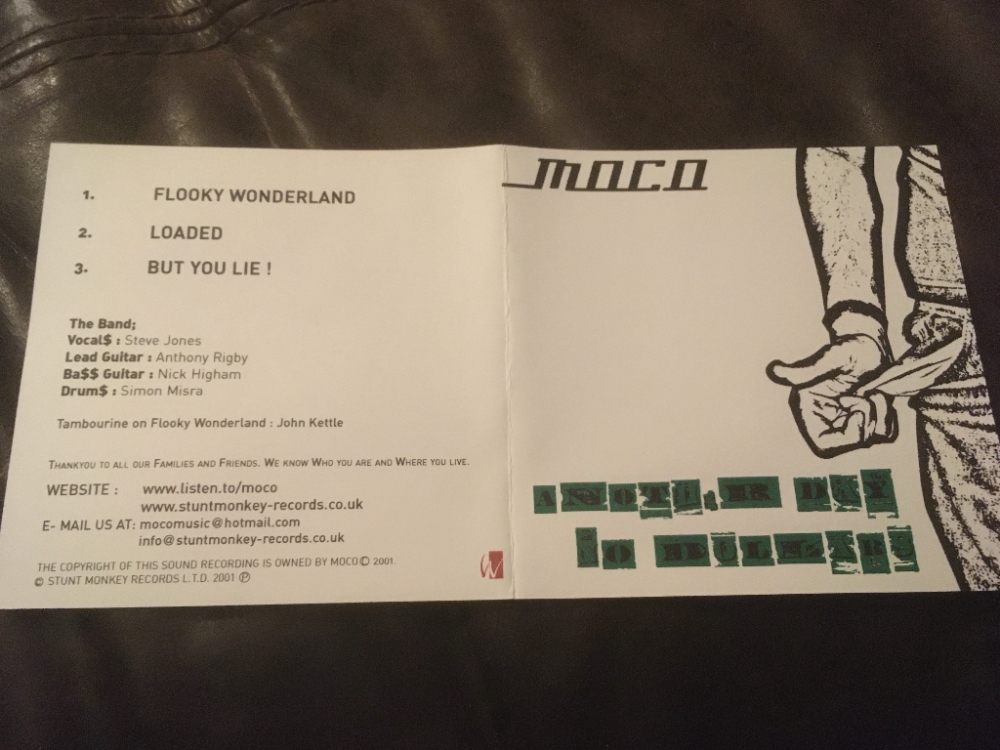 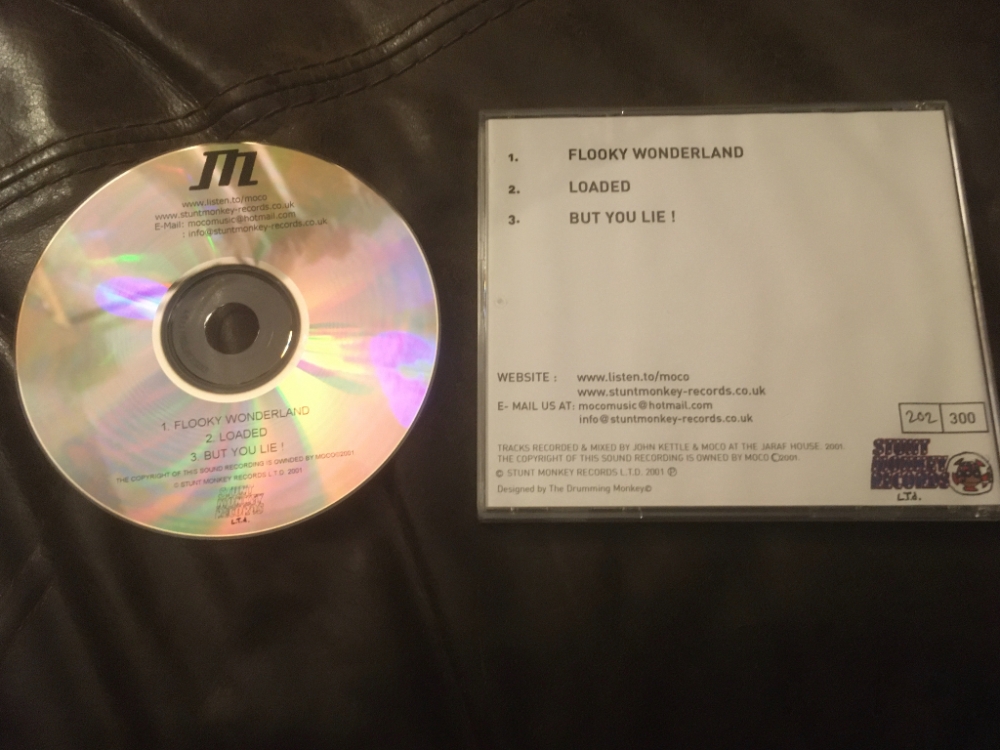 This is the debut release from MOCO on CD and a numbered limited edition
Hailing from Wigan, Greater Manchester, they played many gigs and destroyed plenty of venues along the way
They were garage rockers who could certainly right a tune and should've been huge and had one hell of a front man in Steve Jones
The 3 tracks here - Flooky Wonderland, Loaded and But You Lie ! were produced by John Kettle of The Tansads
Artefact added : 19th January 2020
by Andy Woods