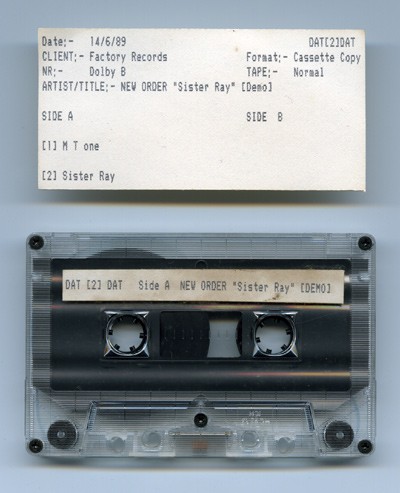 An odd one this! It's a tape labelled 'Sister Ray (Demo)', which at first lead me to think they'd actually recorded a studio version of the Velvet's track (which they'd often played live).

What it actually features is a demo version of 'MT One', followed by the live version of 'Sister Ray' recorded in Sao Paolo, Brazil on 1st December 1988, and which featured on a compilation album.

The demo of 'MT One' differs from the released version quite noticeably, and was later re-titled 'MTO'.