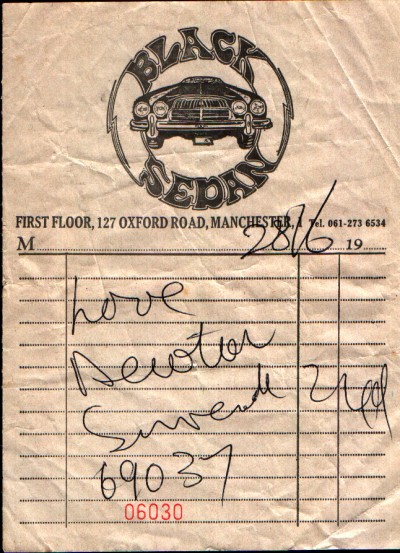 Recipt from Black Sedan records (mentioned in an earlier thread) Situated on Oxford Rd Up some stairs near Johnny Roadhouse, Black Sedan was one of the hippet record shops around in the 70s (and the cheapest) .It later moved to the University red brick precinct. whilst the old shop later became Pandemonium records)
The record was Love Devotion and Surrender ,by John Mclaughlin and Carlos Santana. a guilty pleasure even back then.
Artefact added : 5th June 2007
by graham