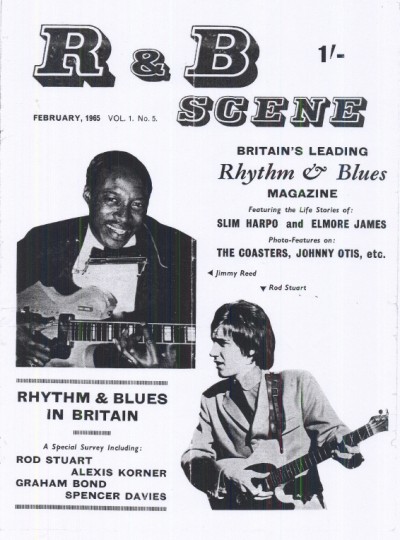 I've put this up as a fanzine, as I guess that's what it was (one of the earliest examples of the art?)...R&B Scene was
Roger Eagles magazine dedicated to the R&B movement of the early 60's and can be seen as a precursor to such modern day magazines like Mixmag etc.