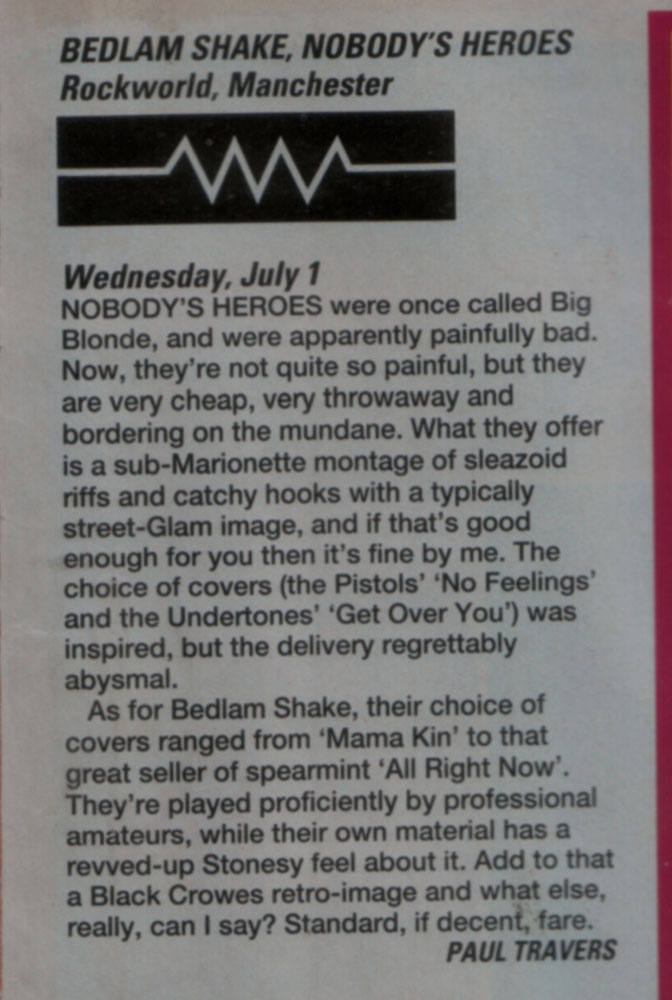 Review from Kerrang! by Paul travers of Nobody's Heroes gig at Rockworld with Bedlam Shake, from 1st July 1992

Inspired by this review and in particular Mr. travers description of our delivery as 'regrettably abysmal' we subsequently called our first [and as it turned out, last] demo EP, "Regrettably Abysmal".
Artefact added : 1st May 2020
by stíobhart