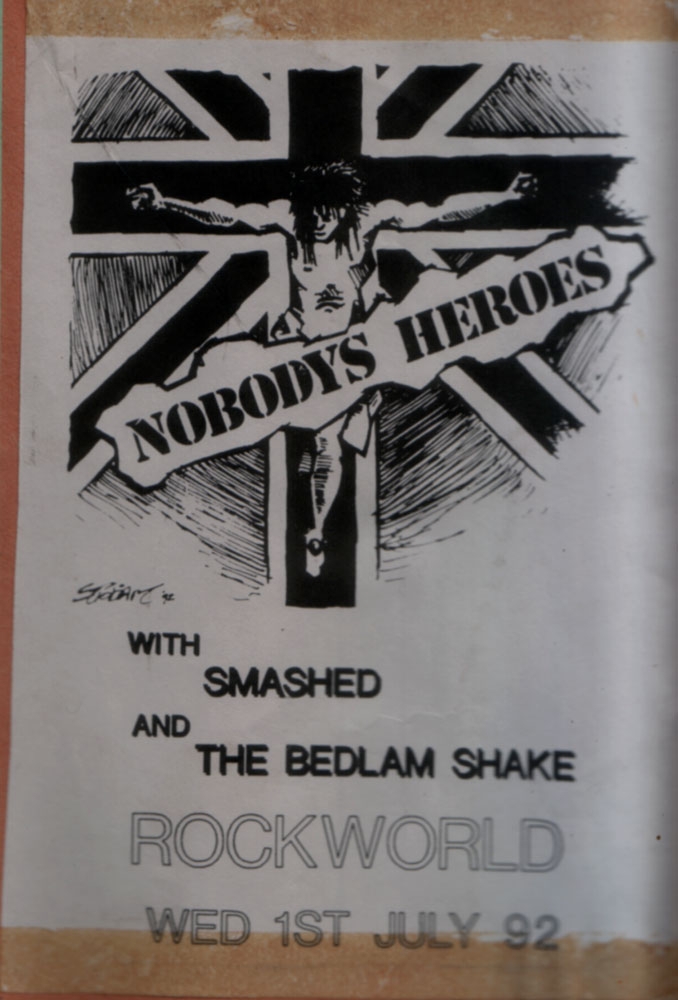 Poster for Nobody's Heroes gig at Rockworld, 1st July 1992. Gig was later reviewed in Kerrang! [see my other uploads]

Nobody's Heroes were a Manchester Rock/Punk band and comprised:

Also on the line-up were Smashed and The Bedlam Shake
Artefact added : 1st May 2020
by stíobhart