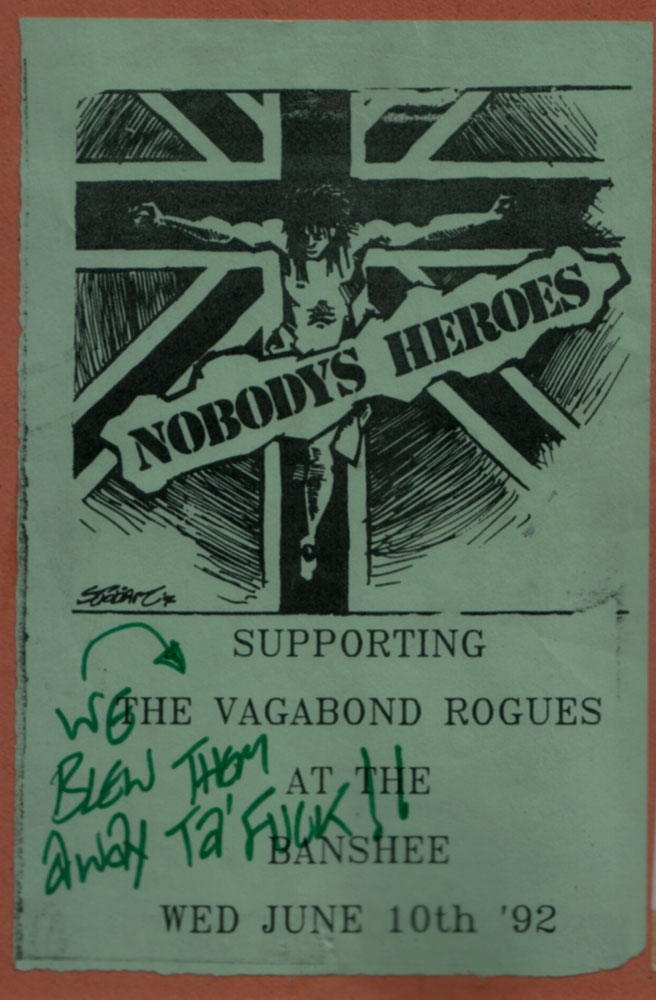 Flyer for Nobody's Heroes gig at Rockworld from 10th June 1992. Flyer has been defaced by me after the gig, which may either make it more valuable or less --depending on your point of view!

Also in the line-up Vagabond Rogues
Artefact added : 1st May 2020
by stíobhart